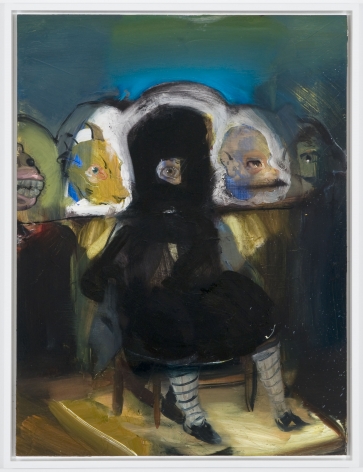 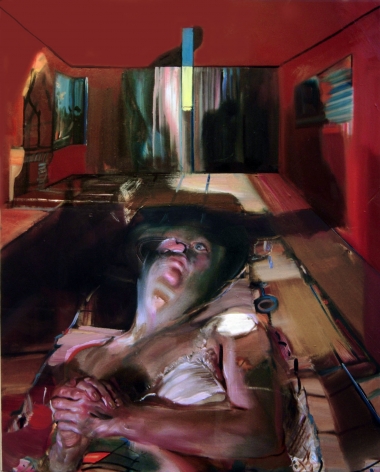 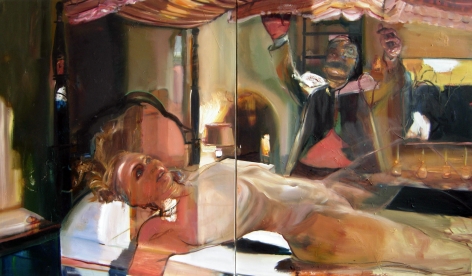 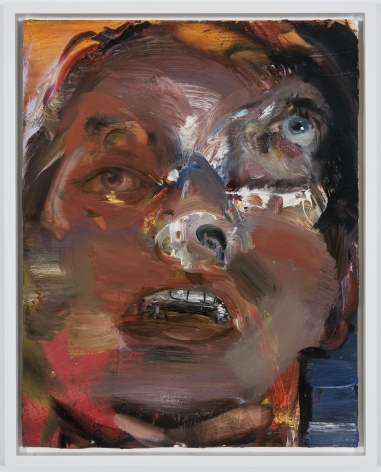 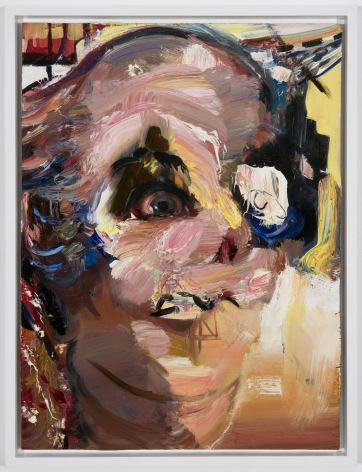 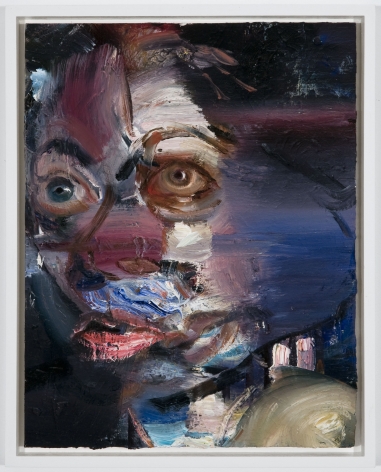 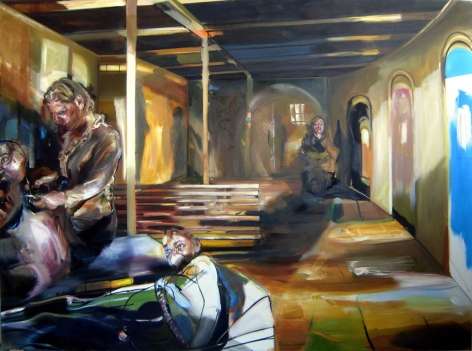 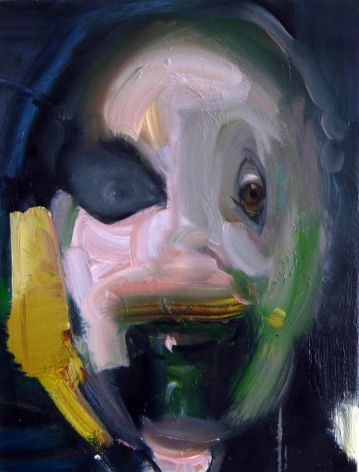 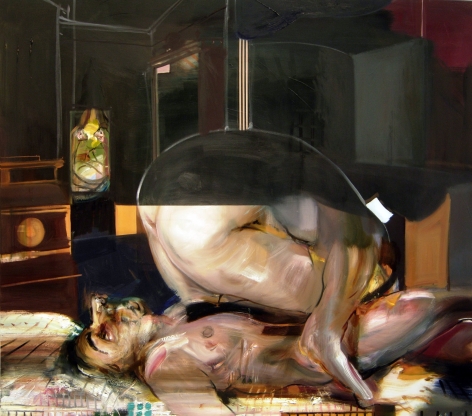 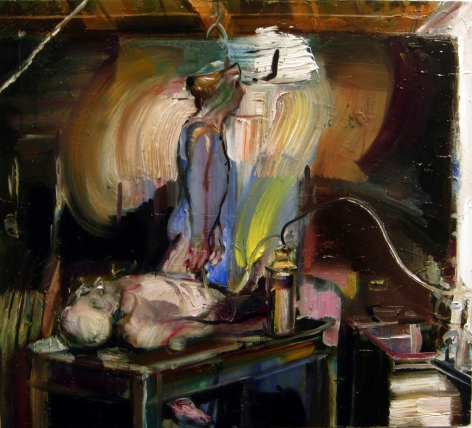 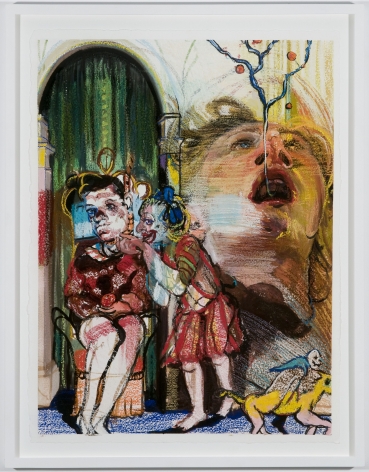 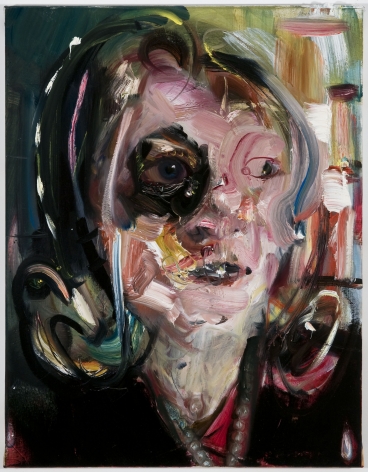 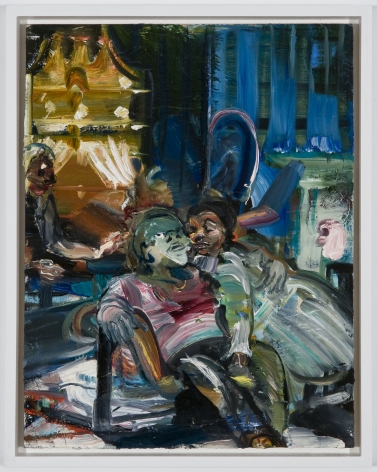 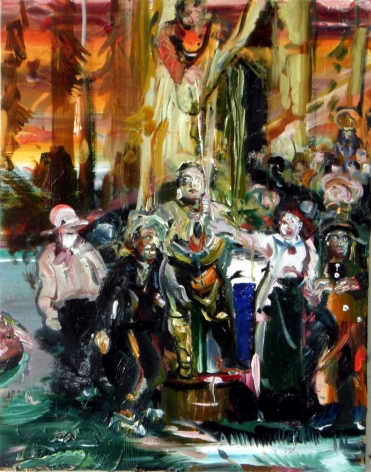 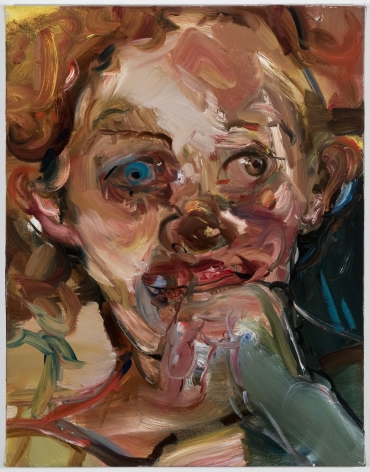 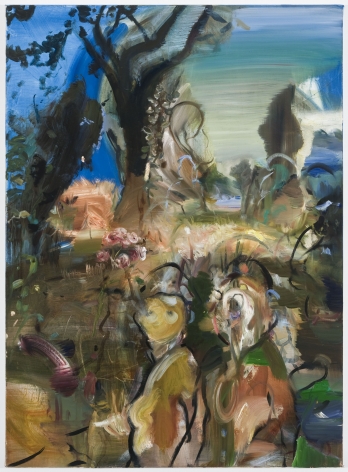 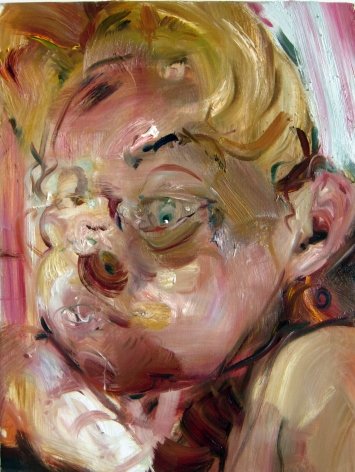 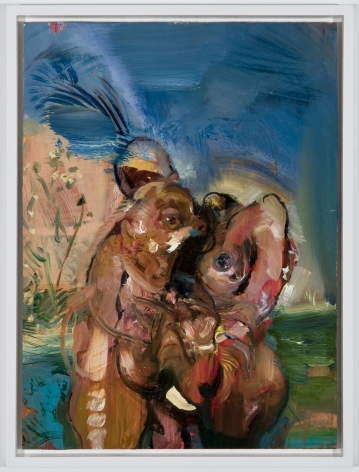 The Governed and the Governors

Fredericks & Freiser is pleased to present an exhibition of new work by Natalie Frank. The exhibition will include large-scale paintings on canvas as well as head-sized portraits and small paintings on board that use narrative to examine the idea of transfiguration.

Frank paints spectral scenes of people performing rituals. In all of the scenes figures are dismantling, teasing out, opening up and soliciting other figures to help them discover what makes them human. Women are the primary actors: they enact private fetishes, explorations, and fantasies of both relinquishing and regaining power. Whether sexual, violent or spiritual, these acts are performed in plain view. Resting between sexualities, genders, human/ animal forms, and structural disintegration, these figures reveal their faces and bodies as indicative of this contorted search.

Frank’s new body of work merges abstraction and figuration. Flesh features and space are depicted in various modes of painting and drawing: thick paint and abstraction rest alongside more rendered areas as well as graphic, drawn passages. The paintings are marked by a heightened sense of color, in combination with black graphic lines and focused areas of light.

Natalie Frank (born 1980, Austin Texas) lives and works in New York. She received an MFA from Columbia and was awarded a Fulbright Scholarship for study at the National Academy of Fine Art in Oslo, Norway. She has had several solo exhibitions including Arndt and Partner, Zurich, Space SBH, St. Barth’s, and Mitchell-Innes & Nash, New York. Her work is included in the collections of the Whitney Museum of American Art, New York, The Brooklyn Museum, New York, and The Rose Art Museum, Massachusetts.