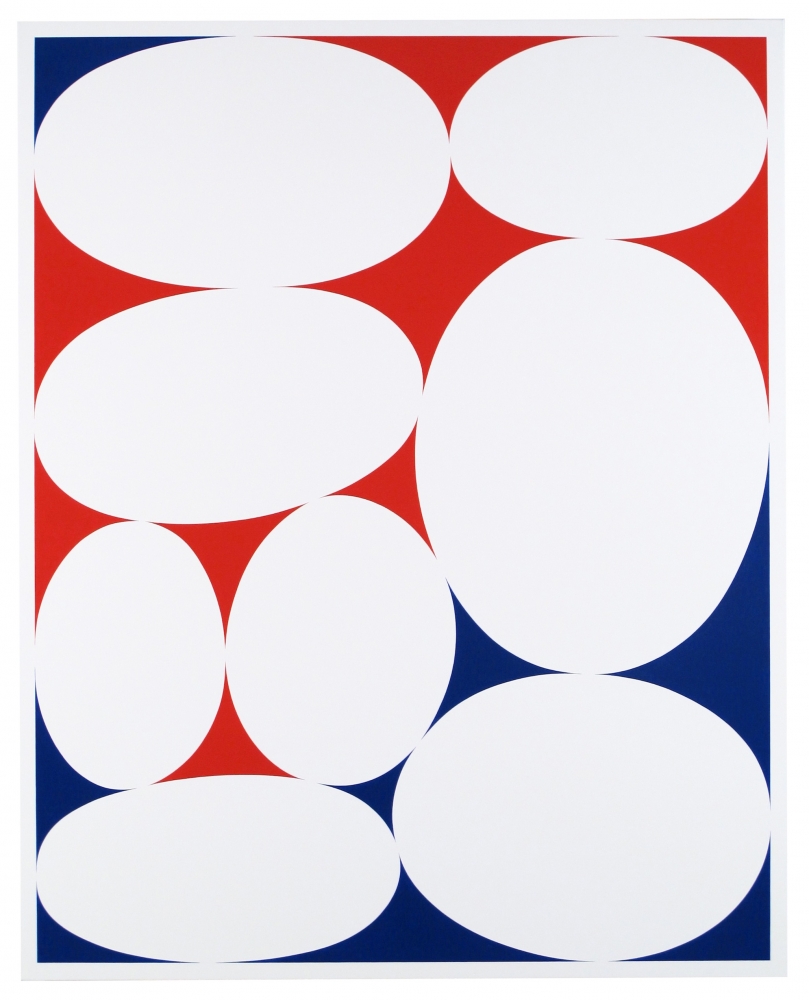 In its struggle for a share of the cultural marketplace, the Aldrich Contemporary Art Museum has devised approaches to the exhibition format that have sometimes been illuminating, sometimes puzzling. Currently, an ambitious, cross-generational, two-part exhibition program titled “The Aldrich at 50” celebrates the ACAM’s half-century mark. Your intrepid correspondent is insufficiently intrepid to trek semiannually to Ridgefield, Connecticut, so he missed Part I (April 6 through September 21) and cannot offer comment. But Part II, on view through­­ April 5 of next year, includes standout performances by all involved, and is well worth the hour-plus trip from New York City.

“The Aldrich at 50” is co-curated by ACAM veteran Richard Klein and newcomer Amy Smith-Stewart, who has been at the Aldrich since May. The duo delivers a convincing clutch of exhibitions aimed at demonstrating the currency of the vision of ACAM founder Larry Aldrich. Mr. Aldrich’s collection was liquidated long ago in favor of a kunsthalle model, and for some time the Museum’s curatorial focus has been on accomplished, accessible artists whose efforts extend something of the adventuresome spirit of the late 1960s and early ‘70s.

Mary Beth Edelson and Jackie Winsor, both of whom showed work at the Aldrich during its first decade, are represented by compact but compelling exhibitions spanning many years. Concurrently, “Standing in the Shadows of Love: The Aldrich Collection 1964-1974” includes one significant work by Richard Artschwager, Eva Hesse, Ellsworth Kelly, Agnes Martin and Richard Serra that “represent” Mr. Aldrich’s aesthetic interests (although the specific works may not have passed through his hands). These objects are interspersed among strong exhibitions, widely varying in scope, by Kate Gilmore, Ernesto Neto, David Scanavino and Cary Smith.

The strategy is in full effect in the Museum’s lobby atrium, which houses Neto’s The Body That Gravitates on Me (2006), as well as Yellow Piece (1966) by Kelly, a 75-by-75-inch, cadmium yellow monochrome painting of which the top right and bottom left extremities are emphatically rounded off: they are curves, not corners. The Neto dangles nearby; pallid in color, its limp, bulbous form resembles a hybrid of boxing gloves and jellyfish. Both works challenge geometry, yet their physical proximity underscores the conceptual distance between 1960s color-field and minimalist concerns, and the idiom of sculptural installation so prevalent now.

Scanavino is an innovative young artist of enormous range. His spectacular Imperial Texture (2014) is made mainly of VCT floor tiles in a wide range of colors, from which bits of pattern and even depiction begin to emerge. The piece is the size and shape of the gallery floor, only torqued about 30 degrees and dislocated off-center, so a differently-sized triangle of flooring climbs every wall. In an adjoining gallery stands Artschwager’s Pyramidal Object (1967). This Formica-clad piece of pseudo-furniture refers to the look of bland institutional functionality; it is as cool and aloof as the Scanavino is dizzying, and just as unsettling.

Gilmore’s manner of working tweaks the conventions of rule-based art, and yields a video recording of the artist painstakingly enacting an utterly absurd task that usually requires considerable physical strength and stamina…all in a becoming dress and high heels. The sculptural artifact of A Roll in the Way is an expanse of wood logs, slathered in paint (red, black and/or white) and loaded on end onto a chest-high plywood platform. The video, projected on an adjacent wall, was shot from directly above; the edges of the screen coincide with the edges of the platform, revealing a pictorial dimension to the work. Serra’s Bent Pipe Roll (1968), an emphatically physical prop piece, includes a cylindrical element resembling Gilmore’s logs; beyond a mere visual pun, however, the two works manifestly share a devotion to labor per se.

Smith, an erstwhile New Yorker now living and working in Connecticut, is represented by no fewer than 25 paintings in oil on linen and 19 works on paper. Smith’s buoyant palette and self-evident delight in clean, hard-edged shapes are irresistible, providing an adrenaline rush in two dimensions. Unexpectedly, the exhibition layout and literature associate Smith’s work with a typically restrained painting by Martin, The Rose (1964), in which delicate, gridded striations in red and black pencil produce an atmospheric effect. The matchup seems a stretch but, in light of the many mediated methods now afoot of producing paintings, Martin’s procedural clarity might have a kindred spirit in Smith’s forthright approach to paint application.

“With and Within,” as the Winsor show is titled, includes smallish, mixed-media wall works from 1995 and 2000 that recombine squares, grids and insets in shallow relief. (Disclosure: both Winsor and Smith-Stewart are my colleagues in SVA’s graduate Fine Arts program.) The show centers, however, on Painted Piece (1979-80), from the explosive early period of this artist’s career. A 31-inch plywood cube with square slots penetrating each face, it is covered with 50 coats of acrylic paint (lastly blue-black), its corners bumped and blunted in a way that recalls the Kelly painting. A play between interior and exterior aligns it also with Hesse’s Accession II (1967), a 31-inch cube of steel mesh, left open at the top to reveal a stubbly, repulsive lining of thin vinyl tubing.

“Mary Beth Edelson: Six Story Gathering Boxes” summarizes a project that is nearly as long-lived as the Aldrich itself. Begun in 1972, when Edelson was nearly 40, it consists of a growing number of open wooden boxes stocked with wood or paper “tablets,” each about seven by five inches. At the Aldrich, six boxes are arranged on tables: two have wood tablets bearing images and text, themed Great Mother and New Myths/Old Myths; the other four contain stiff paper cards rubber-stamped with prompts (“Describe the future as you would like for it to be”; “The most inspiring stories you have heard about immigration”) to which the visitor may respond by writing on the card. Many such responses are thus preserved.

Edelson’s piece is positioned as an early example of art as “social practice,” the aim of which is to engage the viewer on levels beyond—or in addition to—the observational, and to facilitate “intersubjectivity.” As a mechanism for generating and recording a folk literature, the Story Gathering Boxes have undeniable value, and their presence in an otherwise object-centric roundup of recent art suggests an alternative paradigm of the collector’s activity: to archive not objects, but experiences.