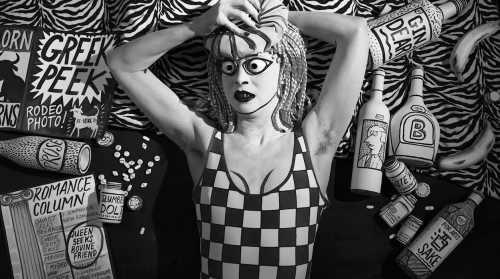 ROMEO Aurel Schmidt is another young artist who has turned proactive where galleries are concerned. She is known for a somewhat refined Surrealistic figurative style, especially in large drawings. In recent months she has, mostly on her own, wrested into existence an exhibition space that will concentrate on works on paper, naming it Romeo. The inaugural exhibition features drawings, prints and related works by about 40 artists, known and not, from several generations. Especially excellent is “Swinburne’s Pasiphae,” a video by Mary Reid Kelley replete with her signature hand-drawn style and stagy recitation. Other familiar names include Stanya Kahn, Anton van Dalen (whose solo show is next at Romeo), Gina Beavers, Rita Ackermann and Kinke Kooi, outdoing herself in a mostly green hyper-real fantasy mix of entrailslike plants and interiors. The artists unfamiliar to me include Jacques Louis Vidal and Stefanie Popp; Christopher Milic (a 24-year-old skateboarder); Alexander Nolan; Nate Antolik; and Maria Calandra, who specializes in graphite drawings of other artists’ studios and contributes a view of the Romeo show being installed. Pleasantly, there’s not much glass between you and the art here; it’s mostly pinned directly to the wall.