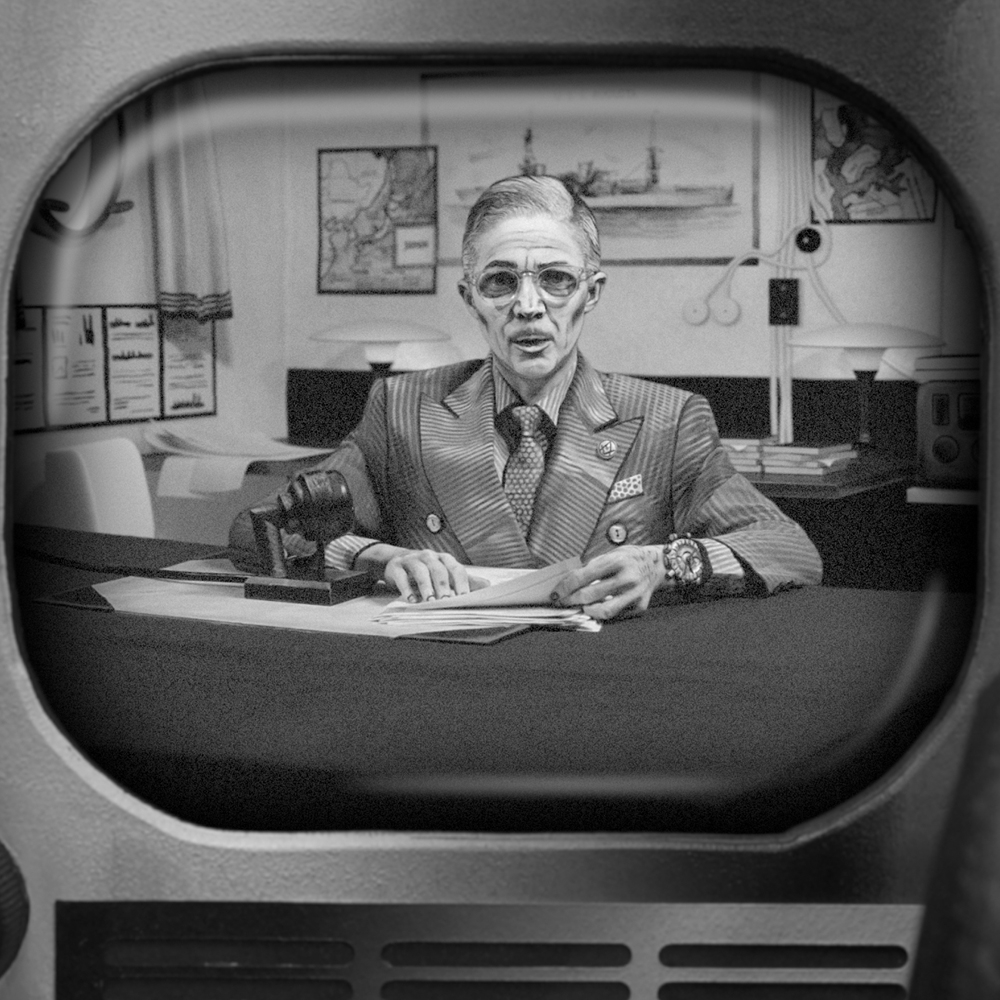 Opening this Saturday, August 11 at The Butler Gallery, Kilkenny is a provocative multimedia exhibition called “I Smelled A Raw Recruit” by the New York duo, Patrick and Mary Reid Kelley.  The artists have works in many public collections in the US including the Whitney Museum of American Art, Hammer Museum in Los Angeles and Yale University Art Gallery.

The exhibition follows on from their most recent film In the Body of the Sturgeon, which follows a doomed submarine crew on its final voyage across the Pacific ocean.
Animation combines with paintings, performance and poetic scripts. The settings of the artworks are a submarine, hospital and military brothel where the global reverberations of the conflict and themes of delusion and mortality are depicted.
Need to Know: “I Smelled A Raw Recruit: The World War Films,” of Mary Reid Kelley and Patrick Kelley opens on August 11 until October 7. The artists will be in conversation on Saturday August 18 at 3PM with Dr. Dara Walden when they will discuss their approach to film making, satire and the absurd.
www.butlergallery.com
— Penny McCormick
View More