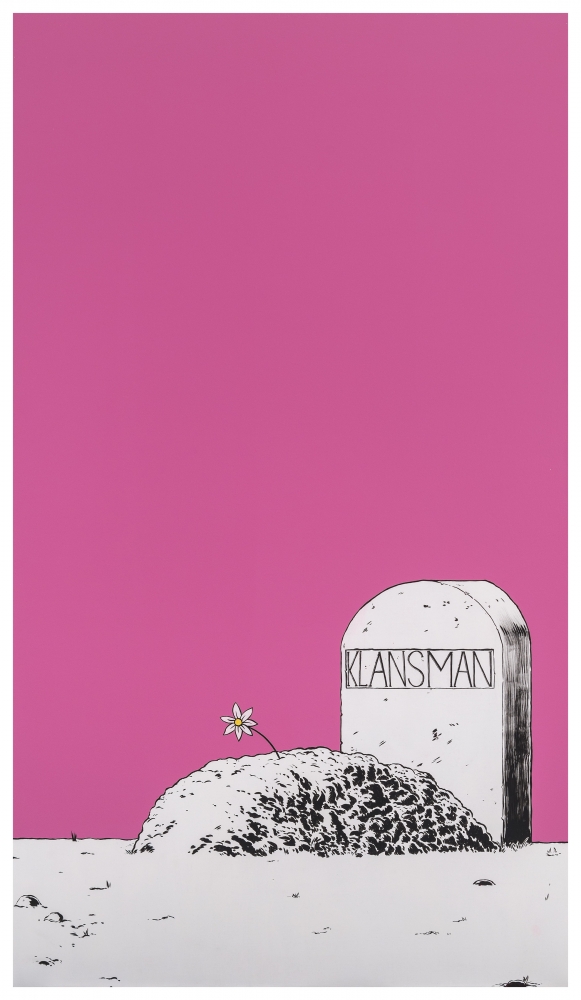 Since the announcement by four museums – the National Gallery of Art in Washington, the Museum of Fine Arts in Houston, Tate Modern in London and the Museum of Fine Arts in Boston – to postpone the highly anticipated retrospective, ‘Philip Guston Now’, many in the art world have been vehemently critical of the decision. The artist’s daughter, Musa Mayer, condemned in a statement to ARTnews, while dozens of prominent artists signed an open letter, published by The Brooklyn Rail, demanding that the retrospective continue without further delays.

The museums’ joint decision to set back the travelling exhibition until 2024 comes out of fear that Guston’s Ku Klux Klan imagery – which first appeared in Conspirators (1930) and recurred in the late 1960s in works such as City Limits (1969) – would be gravely misinterpreted given the current political climate, when racial justice is at the forefront of public conversations around institutions. Ironically, Guston’s paintings endeavoured to do just that: incite discourse around racism and white supremacy. The son of Ukrainian Jewish refugees of a pogrom, Guston was a lifelong progressive who in 1967 abandoned the abstraction that made him famous in order to articulate his opposition to the Vietnam War and the racist dog-whistle politics of Richard Nixon.

We asked a group of artists who have been inspired by Guston’s work to share their thoughts on the decision to postpone the retrospective and the significance of the hooded Ku Klux Klan motif in his work.

At first, I was shocked; then, after digesting the information, I was angry. At this specific moment in history, it seems pertinent to exhibit ‘Philip Guston Now’. The decision to postpone the show knowingly emboldens white supremacy by assuming the position that whiteness sits in a place of unquestioned hierarchy and any examination of that must be stopped or contorted. It is clear, from reading the exhibition catalogue, that the curators did the work, asked the questions and were ready for this conversation. Perhaps the board members of these museums were not.

The choice to postpone this vital conversation does more harm than good. Rather than face the discomfort of self-examination, as Guston did through his work, those implicated chose to glaze over the issue and move on: a true demonstration of privilege.

When I first saw the Ku Klux Klan figures in Guston’s work as a young student at Cooper Union, I assumed, incorrectly, that they were used as symbols to contextualize events from the past. I learned later that Guston was not valorising the KKK, but instead was implicating himself and American culture at large by questioning whiteness, inside and outside of the hood. As a Jewish person in the US, Guston (born Goldstein) was making a statement about unexamined whiteness. He was challenging the white viewer to look at themselves within a museum or gallery and get uncomfortable. Let’s be clear: we, as Americans, have a racist president in the White House who cannot even pretend to condemn white supremacy. We have museums and their directors shutting down opportunities that were intended to open up the conversation about white supremacy, because it is not politically advantageous. Guston’s work inspires me in this moment to not sit idly by as the world burns, but to stand up and speak truth to power.