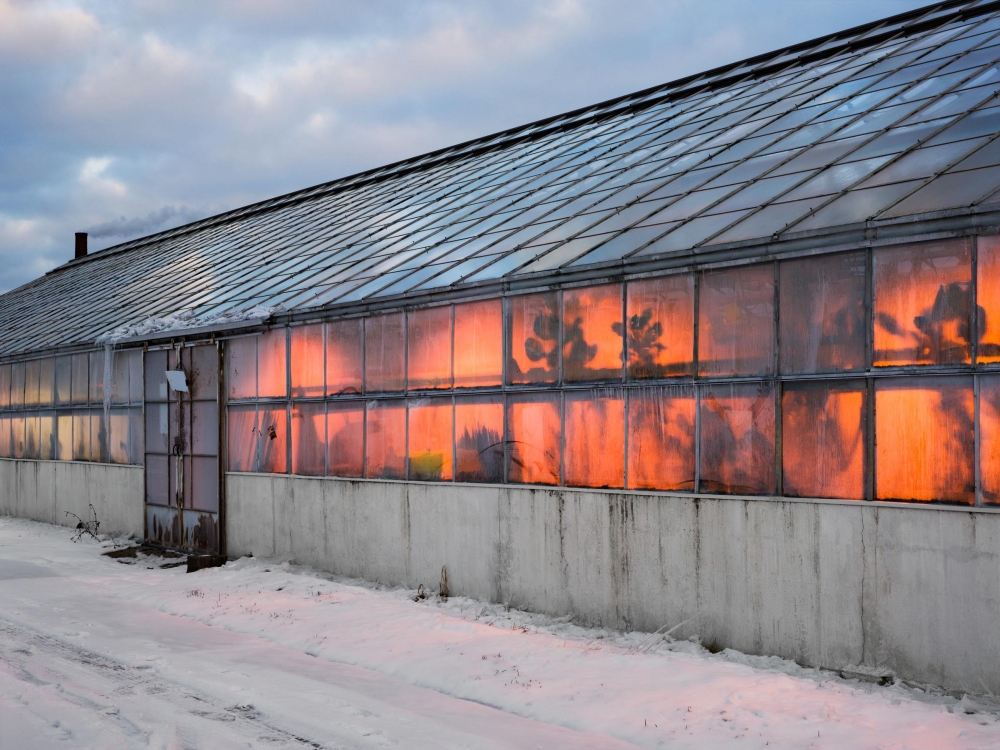 Imagine a world without grapes. Someday greenhouses like the one above may be our last defense against such a fate. Beneath the glow of high-voltage lamps, dozens of crop samples grow at the Agricultural Experiment Station in Geneva, New York. Here, Cornell University scientists crossbreed domesticated crops with their wild ancestors to propagate superhardy strains that better withstand droughts, heat waves, and freezes. The facility is one of more than 50 such USDA-funded research stations nationwide, where scientists are studying climate-­resilient produce. They use techniques such as genotyping (scanning plant genomes to identify specific, beneficial genes) and tissue culture analysis to capture the desirable traits of feral plants—like heat or cold tolerance—and introduce them into common crops. In his new book, Human Nature, photographer Lucas Foglia documents these agricultural experiments as a rumination on the intersection of nature and technology. “It’s amazing to me that the future of our food is being developed in these simple greenhouses,” Foglia says. But the station’s understated exterior belies the advanced science within. Blight-proof peppers, disease-repelling grapes, and rot-resistant raspberries ripen just behind the frosty glass.