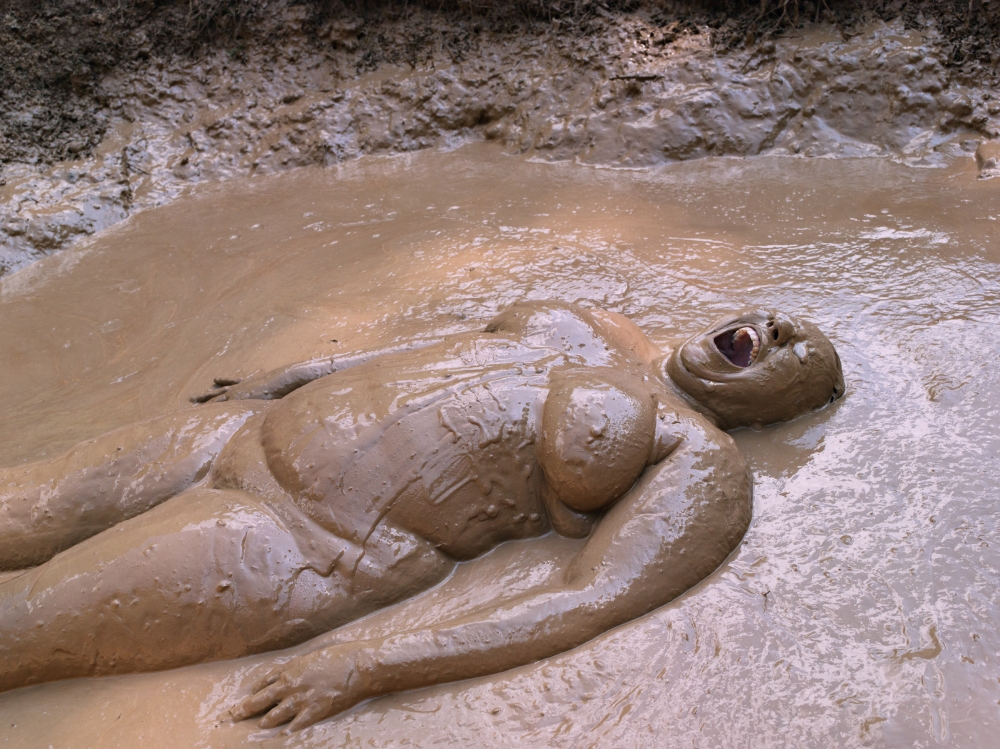 A wave of writers has lately come to the conclusion that “nature”—denoting a realm outside of human impact—no longer exists, if it ever did. Our species’ chemical fingerprints can now be found from pole to (melting) pole. We have weirded the weather and flooded the sea, erased certain species and mutated others. We have even, according to some, begun to shape the geologic record, entering a new epoch known as the Anthropocene. Bill McKibben, who heralded the “end of nature” back in 1989, has argued that we now live, essentially, on a new planet. (He suggests we rename it Eaarth.) The writer Emma Marris believes that we need to stop viewing the planet as one big wilderness and see it more as a “rambunctious garden.” More attention, and even reverence, is being paid to the humanized landscapes closer to home: urban gardens, suburban green belts, weedy lots, green roofs, polluted rivers, even the tiny wilderness of the human microbiome. At the same time, research has suggested that wild nature is an integral component to mental and physical health. Scientists have begun studying how “nature deficit”—on average, Americans now spend just seven per cent of their lives outside—affects us. In one uncanny experiment, researchers in Sweden subjected people to a stressful math test, then placed them in a room where a three-dimensional forest was projected onto the walls while the sound of birdsong played from speakers. Even this virtual nature, it seems, was enough to lower the subjects’ stress levels.

Lucas Foglia’s newest series of photographs, “Human Nature,” deftly navigates this strange conceptual territory, where nature is both a quenching oasis and a shimmering mirage. Foglia is an uncommonly sincere, even earnest, person—a farm boy raised by back-to-the-landers, he freely shares his work with advocacy groups, and he told me that “it’s important for me to release the book now, because many of the scientists included in the book are facing budget cuts and censorship by the Trump Administration.” And yet his artistic sensibility is sly. Many of the images one would expect to see in a photo series inspired by the ravages of climate change are absent: there are no indigenous tribespeople staring blankly out over clear-cuts; no rhinos shorn of their horns (in fact, no non-human megafauna of any kind, aside from a single stuffed elk standing, eerily, in the halls of an office building); no flooded streets or flattened palm trees or giant storm clouds looming over coastal cities like evil stepdads. Instead, there are photographs that, at first, appear familiar and then reveal an unsettling irony: a logger kneels before a tree, the chainsaw poised against its trunk, as he gazes upward at it with hushed reverence; a massive Alaskan glacier, melting into chalkboard-green water, looks delicate and tiny, like the shards of a dropped porcelain vase; a girl wades serenely through a pond full of invasive water lilies; the wall of a grimy slaughterhouse in Los Angeles is painted with a cartoonishly cheerful scene of farm life; a McDonald’s in Singapore sprouts a green roof. (When Foglia was completing his master’s degree, at Yale, a teacher, Gregory Crewdson, surveyed his photos and drily remarked, “Lucas, I see you are using humor.”)

“Human Nature” opens with a photo of a well-muscled young man swinging, apelike, between two alder trees. One might be forgiven for thinking it a reënactment, or even a natural-history diorama, of some subtropical Pleistocene idyll. Then you notice the small pile of clothes in the bottom left-hand corner of the frame. The man, Foglia’s college buddy, is an engineer who formerly worked in the solar industry; his physique is partly the result of two years spent in the Cascade Mountains, where he sourced his clothes, food, tools, and shelter from the wild. He has since returned to San Francisco and is trying to bridge these two sides of himself. The photo was taken during a nature hike, and, as in all of Foglia’s work, both the tree-climbing and the clothes-shedding were impromptu. The characteristically terse caption betrays none of this. It reads simply: “Matt Swinging Between Trees, Lost Coast, California.”

Although many modern humans worry that we’ve drawn a curtain between ourselves and the rest of the natural world, Foglia’s work reveals that we also yearn to poke our fingers through to the other side. His photos show people gazing at nature, touching it, submerging themselves in it, studying it, nursing it, killing it, profiting off it, and, often just barely, surviving upon it. The penultimate photo of the series shows a rippling field of black lava. (Foglia travelled to see it after a scientist told him that fresh lava was the wildest land on earth—“literal new ground.”) From that charred waste, in the background, rises the skeletal frame of a new, off-grid house. When you lean in closer, you notice, in the foreground, a few nascent ferns sprouting up through the ash. If there is hope to be found in these photographs, it lies not in some grand solution to our ecological crises. Hope lies instead in stubborn attempts—human and non-human alike—to find better ways to live on this planet, absurd and doomed as they may sometimes seem. Fortunately for us, persistence, Foglia seems to suggest, is in our nature.

“Human Nature,” from the book published by Nazraeli Press, will be at the Fredericks & Freiser, in New York, from November 30th to January 13th.