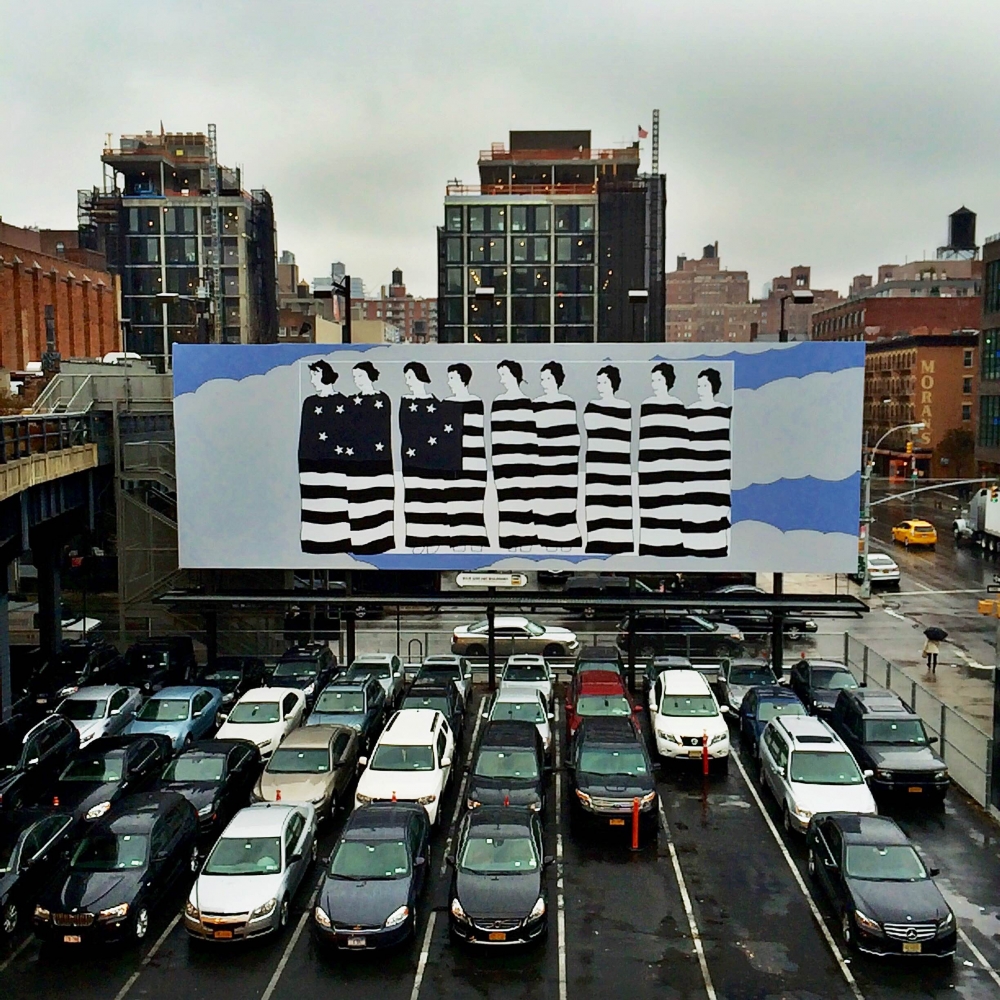 Some very good news: the great John Wesley will be the next artist to have a billboard along the High Line, at West 18th Street and 10th Avenue, as part of the High Line Art program.

The billboard will be a version of his 1976 painting Nine Female Inmates of the Cincinnati Workhouse Participating in a Patriotic Tableau, reworked to fit the billboard. (As it happens, Wesley, who turns 86 next week, has recently been remaking drawings from earlier in his career as paintings.)

This seems like a nice time to revisit Dave Hickey’s 2000 essay on Wesley, “Touché Boucher,” which begins as follows.

When post-global-warming anthropologists begin paddling through the streets of Manhattan in search of visible evidence that this republic was, in its tone and temper, the cosmopolitan democracy that it purported to be, one can only hope that the earnest scientists will stumble across a trove of John Wesley’s paintings in some tenth-floor loft. If they do, they will almost immediately begin to think better of us. They will think, Hey! These weren’t such bad dudes! How could they be? They were cool, generous, and urbane; they encouraged high spirits and valued sex enough to make it elegant and funny.

You can read the whole piece over on Fredericks & Freiser’s website, which represents Wesley in New York. (David Kordansky reps him in Los Angeles.) The work will be on view from December 1, 2014, through January 2, 2015.