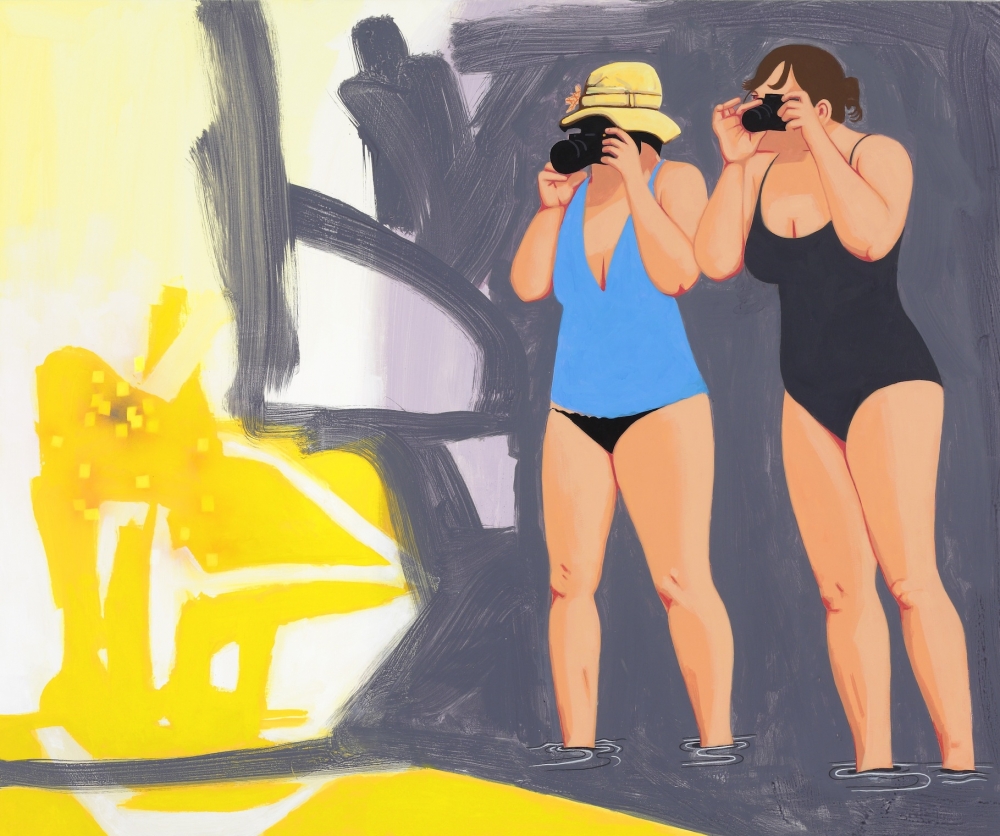 Over the past 25 years, Humphrey has been active as a writer and curator as well as an artist, known for strange, hybrid paintings and sculptures mixing figuration and abstraction with equal amounts of dexterity and panache. An artist’s artist, he has a knack for making smart, psychologically loaded works in which spectators of one sort or the other serve as protagonist, while animals, in some cases, are substituted for people.

The painting Horsey Love, for instance, depicts a small, pink horse nuzzling against a much larger one reduced to a solid-yellow shape. In The Birds, two creatures, part human and part avian, huddle together on a set of branches that veer off into different directions as expressionistic gestures. Two other canvases, Posing and Shutterbugs, offer similar views of vacationers taking snapshots of themselves or of their surroundings, the latter rendered as abstracted expanses of color.

Complimented by an even more surreal trio of sculptures, Two Mugs and the other compositions offer multiple visions authored by a singularly clever mind.