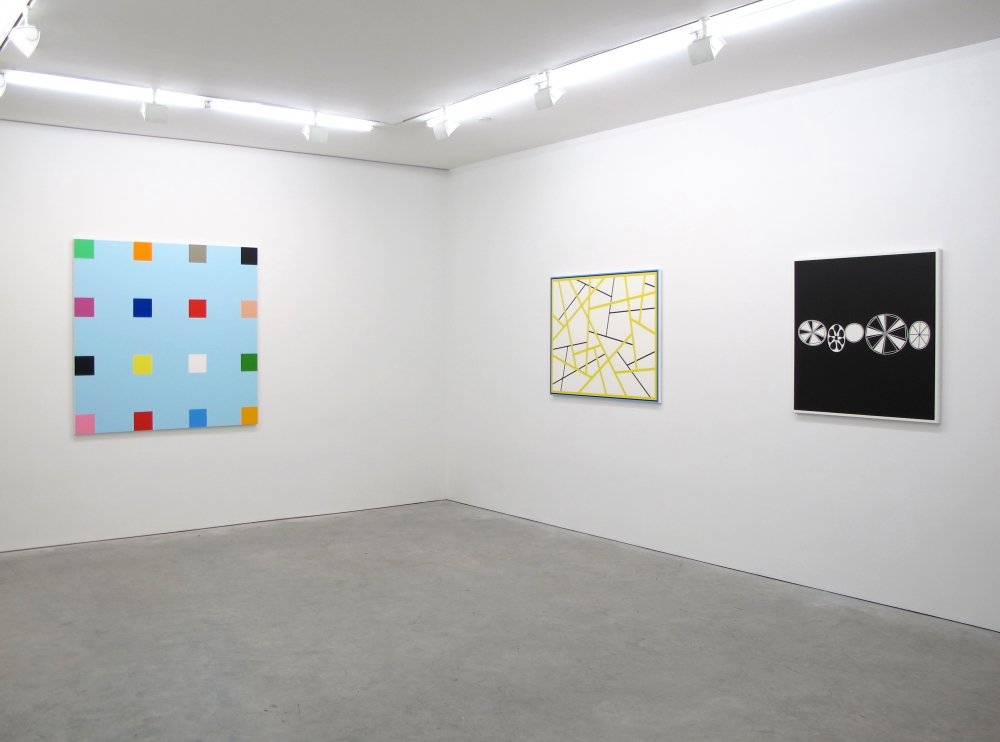 Having revolutionized art a hundred years ago, geometric abstraction no longer threatens any established values. But it continues to inspire nonfigurative painting, including the infectiously buoyant work of Cary Smith. This exhibition, his 12th New York solo since 1987, finds Mr. Smith in top form. Working with a smooth, precise touch on square or nearly square medium-size canvases, he systematically plays with basic conventions of Modernist design to optically invigorating and subtly comical effect.

Like a jazz musician riffing on old standards, Mr. Smith produces series of paintings devoted to variations on different formal templates. Those called “Straight Lines” are windowlike compositions of two distinct systems of crisscrossing diagonal stripes, one layered over the other against white backgrounds. Two pieces titled “Wonder Wheel” each consist of 16 small squares of candy colors in a four-by-four grid, which is embedded in a yellow field in one and a powder blue field in the other. In “Ovals #31,” nine white egg shapes of diverse sizes fill a square with primary colors in the gaps.

These works don’t aim to deflate Modernist art à la Sherrie Levine and others of the Neo-Geo trend of the 1980s. There’s a sense, rather, of personally expressive import to his paintings, most evident in those where blobby shapes radiate from straight-edged geometric forms, like flowers growing out of eccentric pots, as in “Pointed Splat #4 (pale blue — yellow with color blocks).” Cool formal order contains a warm spirit of expansive exuberance.