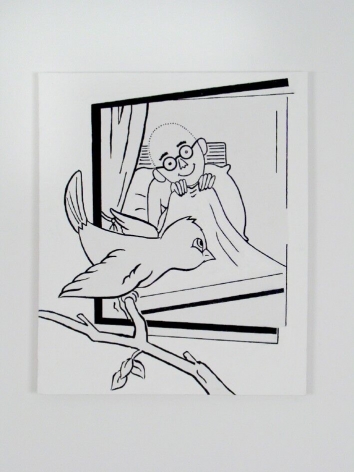 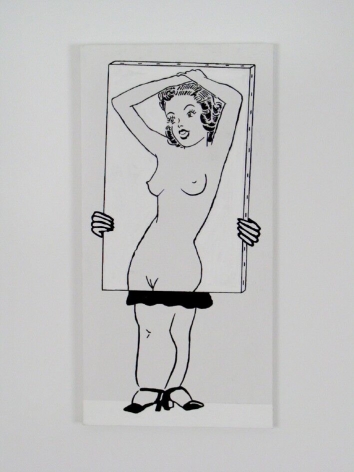 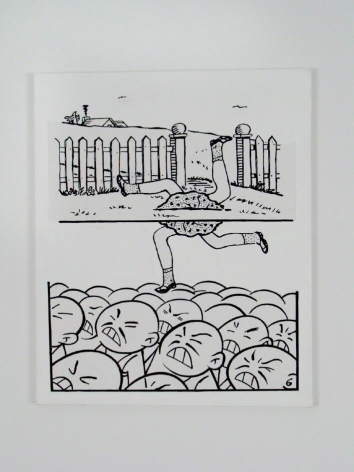 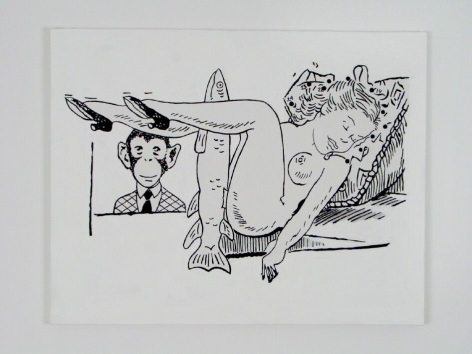 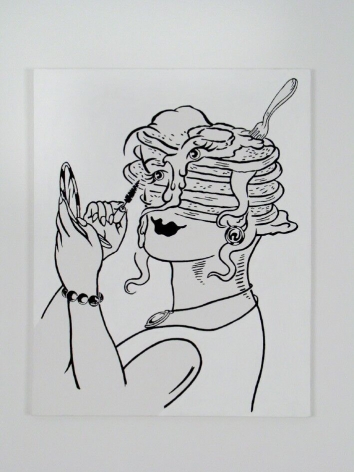 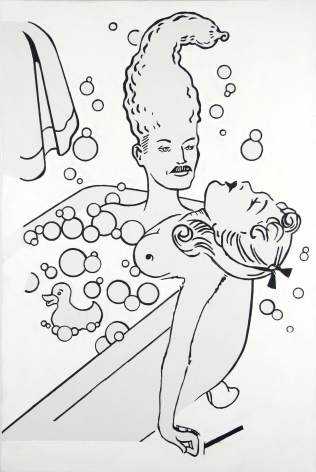 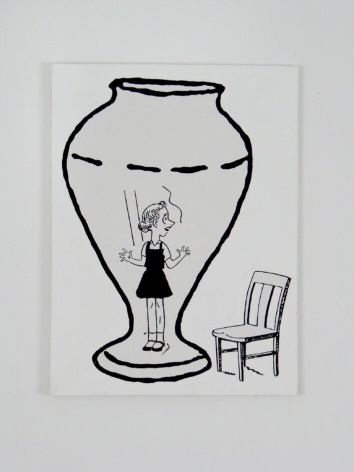 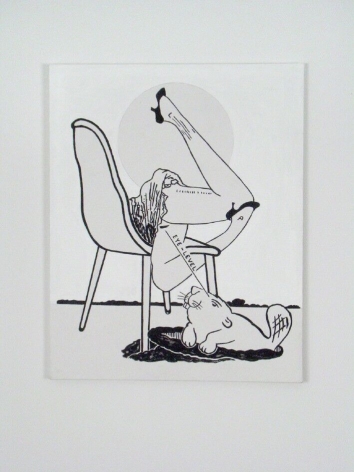 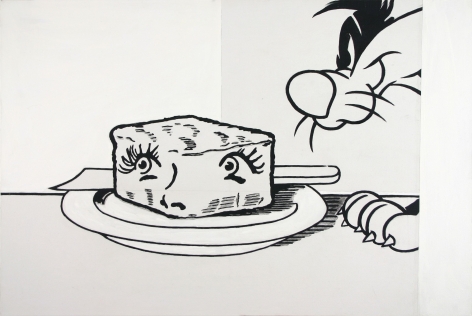 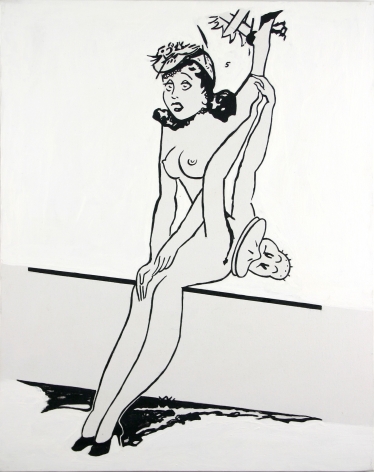 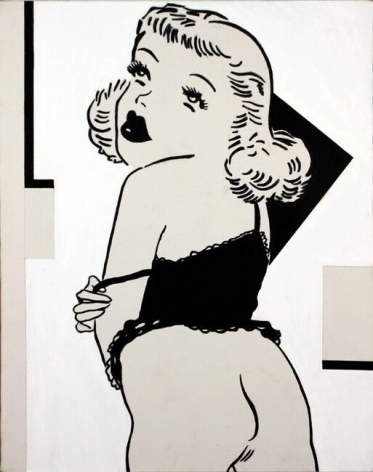 Fredericks Freiser Gallery is pleased to announce an exhibition of new paintings by Steve Gianakos. Since 1969, the artist has shown extensively in the United States and abroad. Last year the gallery presented a small survey of works from the 70s through the 90s. Newd Pantings is a follow up and the first group of new work the artist has shown in New York since 1993. In the past year, he has been included in group shows at the Kresge Art Museum, MI and Daniel Weinberg Gallery, LA. He will have a solo exhibition at Daniel Weinberg Gallery in the fall. Recently he was the subject of a feature article in Art in America.

Steve Gianakos has been playing vulgarity and humor against sophistication in his paintings for over 30 years. Using mostly old, non-specific cartoon graphics, rendered through a mechanical process, Gianakos portrays the human condition as an absurd interplay of sexuality and psychological fragmentation. From his deceptively simple nursery-rhyme drawings from the 70’s to his collages on distressed paper to his most recent paintings, Gianakos creates lewd and fantastical images with a dead-on formal refinement.

In Newd Pantings, the artist has returned to his familiar color palette of black, white, and grey. These paintings, spare and economic in both size and iconography, read almost like emblems. The images are dreamlike in that they present an unrestrained, sometimes malignant outlook with a full frontal clarity. His frightening juxtapositions seem aligned with the lustful machinations of R. Crumb or the more pathetic cartoon wanderings of Peter Saul. However his formal compositions clearly recall artists such as Lichtenstein or Westermann.

Gallery hours are Tuesday through Saturday, 11am to 6pm. For further information and/or photographs please contact the gallery by telephone at (212) 633-6555, fax at (212) 367-9502 or e-mail at www.fredericksfreisergallery.com.