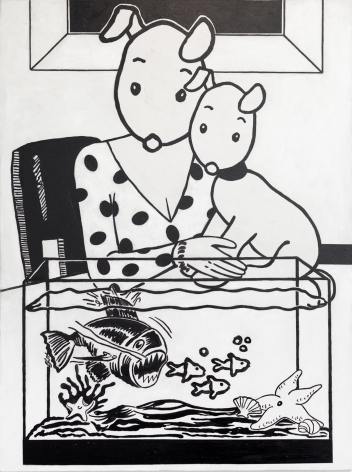 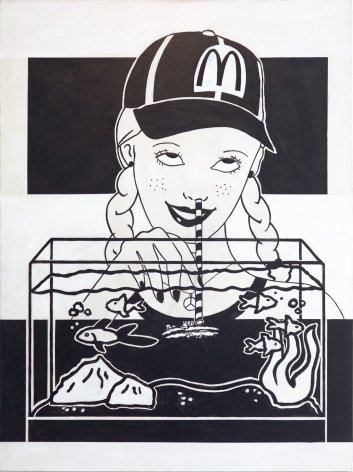 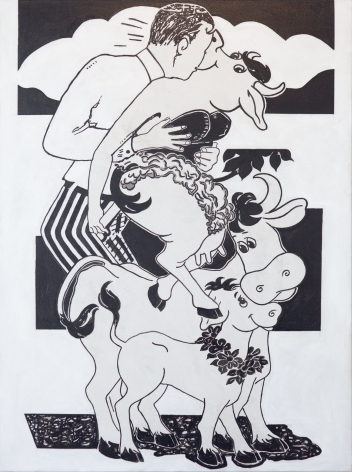 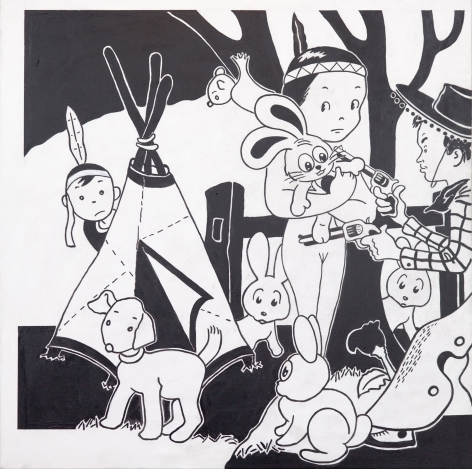 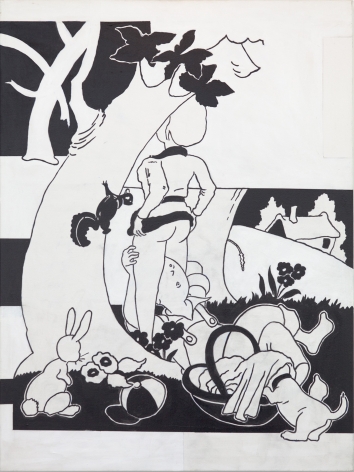 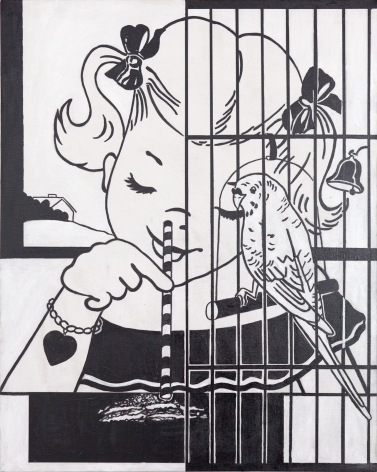 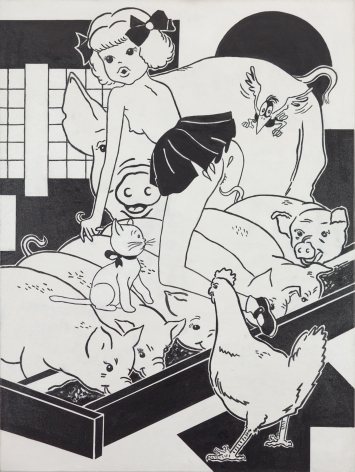 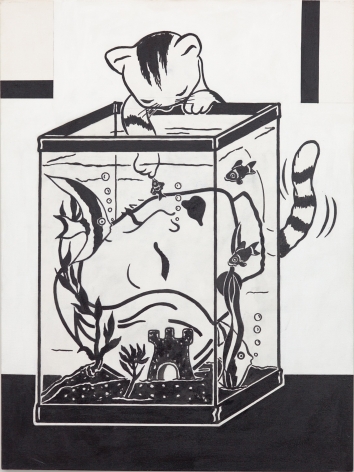 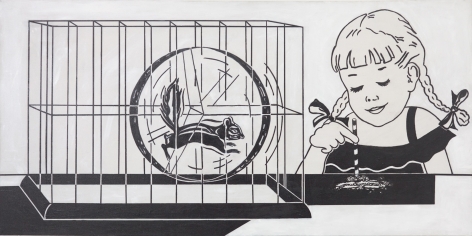 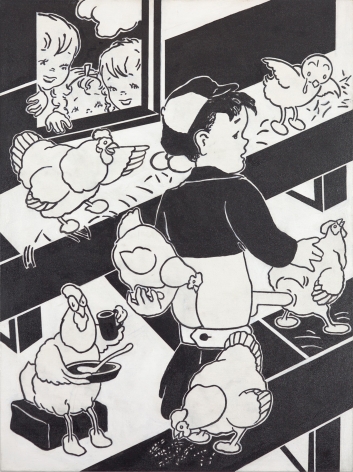 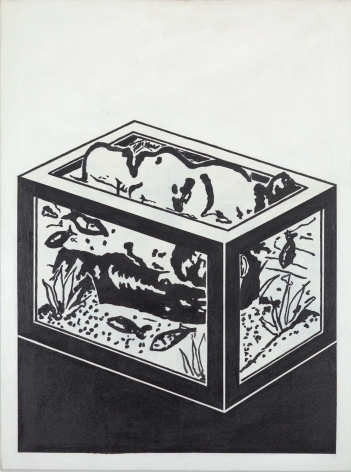 Fredericks & Freiser is pleased to announce an exhibition of new paintings by Steve Gianakos. Since the early 1970s Gianakos has been taunting and reddening the cheeks of his viewers with perversions that can throw any Freud lover into analytic shock. Dismantling its veracity with a smirk or a shaking of the head, Gianakos’ work grants us a collective purging that is curiously humorous. Coupled with crisp lines that evoke minimalism’s simplicity, Gianakos conflates formalist rigor with mind-bending vulgarity.

Appropriating the iconic style of 1950’s children’s books, Gianakos’ characters assume a basic innocence that belies their hyperbolic actions. Violence and sexual impulse are at once portrayed as inherent as they are grossly twisted. Working with only stark black lines, Gianakos delivers his punch straight up. His geometric inter-framing both leads the eye into the scene while also disorienting it. Harnessing the grotesque both formally and contextually, Gianakos finds a way to astonishingly marry the two.

Steve Gianakos was born in New York City in 1938. Recently he was included in Exile on Main Street, Bonnefantenmuseum Maastricht, Netherlands. His recent solo exhibitions include Daniel Weinberg Gallery, Los Angeles and Alphadelta Gallery, Athens. His work is represented in the collections of the Brooklyn Museum, New York; Whitney Museum of American Art; New York; The New School for Social Research, New York; Solomon R. Guggenheim Museum, New York; and The Museum of Modern Art, New York.  This will be the artist’s fifth solo show with Fredericks & Freiser. 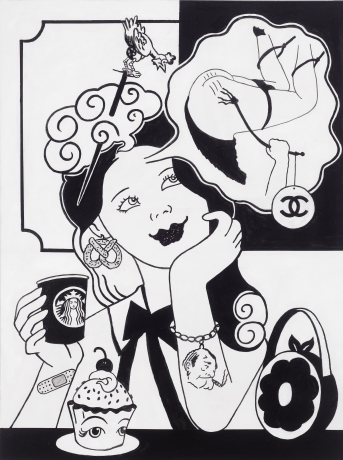 Steve Gianakos at Fredericks & Freiser in The New York Times