Paintings for the 80s

Fredericks & Freiser and Andrew Kreps Gallery are pleased to collaborate on an exhibition of Robert Overby’s late paintings.  Paintings from the 80s will include a selection of Overby’s large-scale works that constitute the artist’s last major series.

Beginning in 1969, Robert Overby (1935–1993) produced an eclectic body of work that was rarely exhibited in his lifetime. Despite a diversity of mediums and an equally wide range of subject matter, Overby returned consistently to the human form. His polyurethane stretches and ghost-like latex casts of walls and doors belong to the history of late 60s and early 70s experiments in anti-form, process art, and post-minimalism. His 1980’s image paintings are post pop combinations of figuration and abstraction that explore similar issues of surface, decay, and the skin between the real and its incorporeal other.

Overby’s paintings recall both the acuity of renaissance-style painting and that of graphic design. His reliance on the grid anchors his work to the architecture of the canvas, as his saturated color palette recalls the tawdry glamour of Los Angeles, the artists’ home. Culled from both high-end fashion magazines and pornography, the women of Overby’s quasi-figurative paintings are disembodied from the forms they suggest.  Additionally, the shapes that impose themselves upon their bodies and faces further enhance this sense of removal.

In 1996 Fredericks & Freiser gave Robert Overby his first one-person exhibition in New York.  Since then he was the subject of a retrospective at the UCLA Hammer Museum and his work has been collected by the Art Institute of Chicago; Whitney Museum of American Art; Museum of Contemporary Art, LA; San Francisco Museum of Modern Art; Los Angeles County Museum; and Museum of Modern Art, NY. 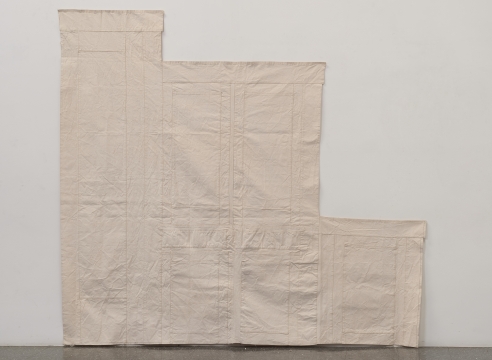 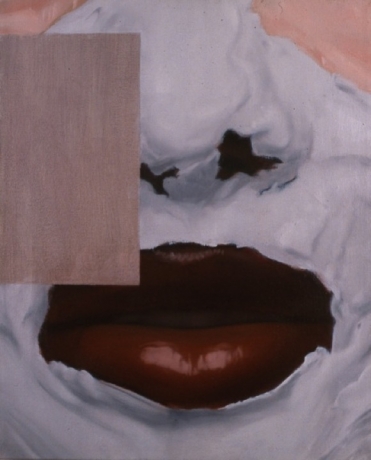 Robert Overby at Fredericks & Freiser and Andrew Kreps in Artforum