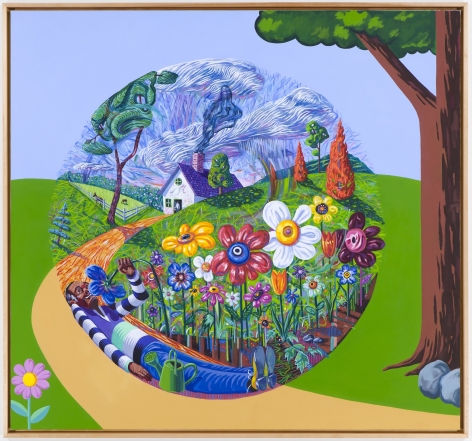 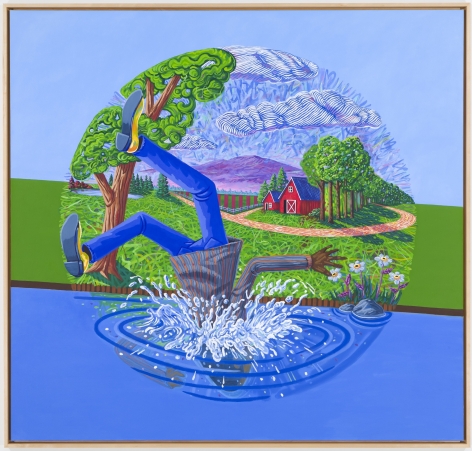 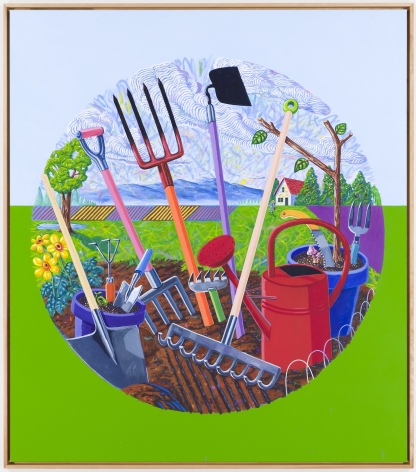 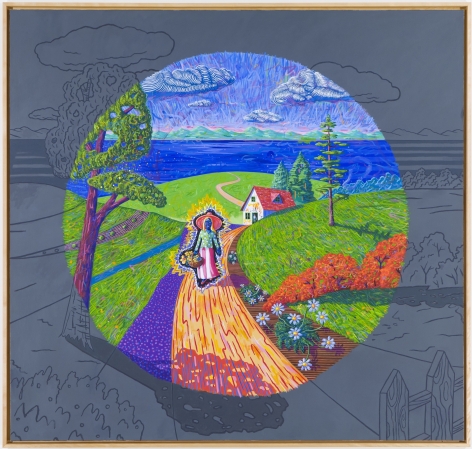 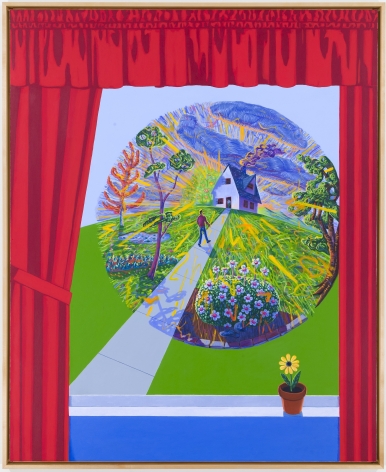 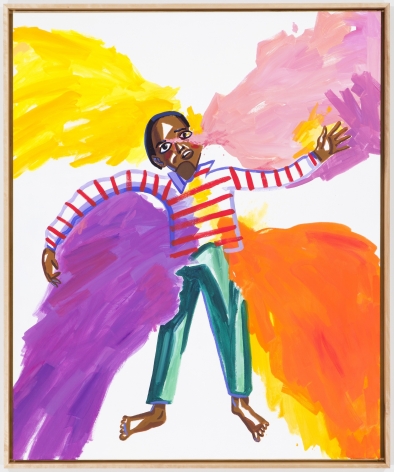 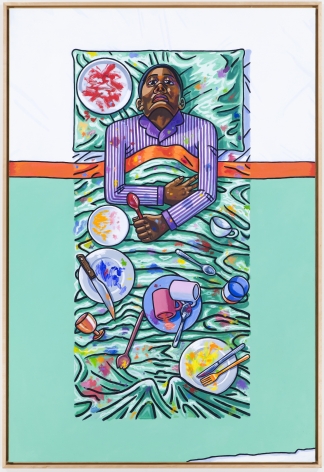 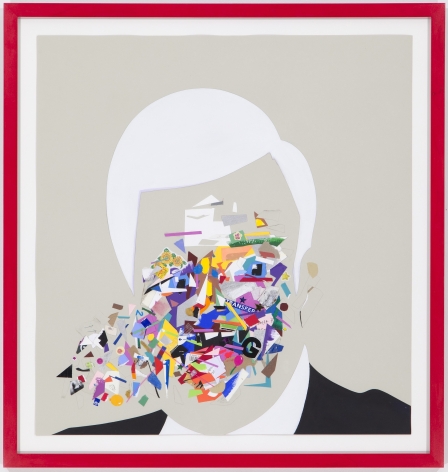 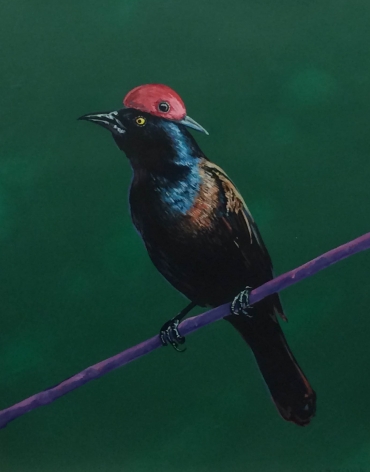 Fredericks & Freiser is pleased to announce an exhibition of new paintings by Lamar Peterson. Peterson dissects the American dream as he comments on domesticity, masculinity, representations of blackness, and class anxieties. Having shown for more than a decade, Peterson is now exploring new medium as he increases the scale of his works and moves from acrylic to oil. His evolving practice mimics the narrative of his pieces as he captures movement and transformation, change and balance.

Sourcing imagery from popular culture, fairytales, canonical art history, comic books, and science fiction, Peterson’s vision is both biting and playful. He extends us an invitation to enter his surreal and oddly familiar world where traditional binaries are conflated: moments of happiness boast morose twists, comfortable domestic scenes are chaotically messy, safety and fear coexist. Within several of his canvases, there is a sphere containing the action of the work.  These clearly defined circles are reminiscent of a crystal ball offering insight into Peterson’s sublime world, and perhaps indicating a future or alter-reality.  Creating what the artist calls a “purposeful incongruity,” the

scenes contained in the circle are dizzying, with crazed skies and bright florae, while just outside exists still tranquility. Using humor as a tool of elucidation, Peterson exposes our complexities. 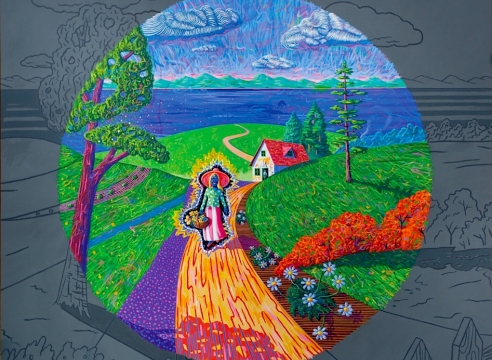