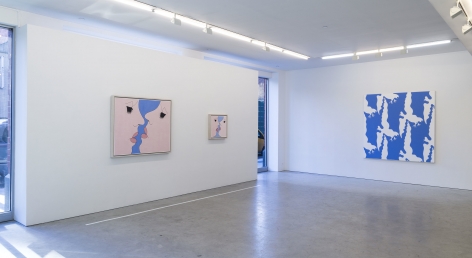 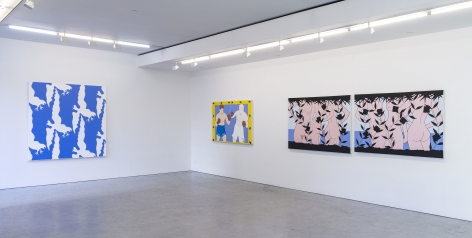 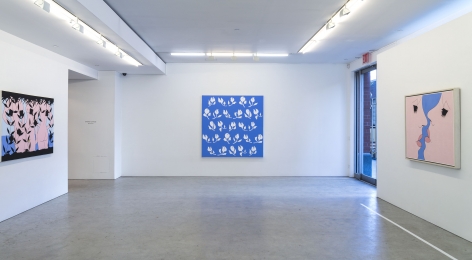 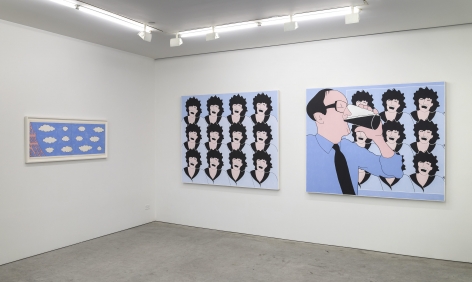 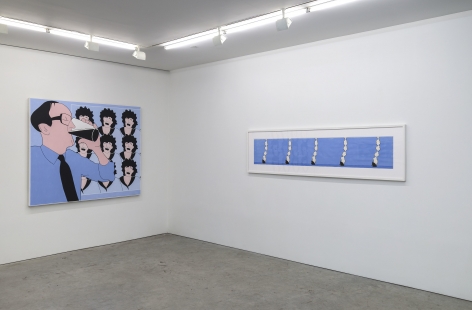 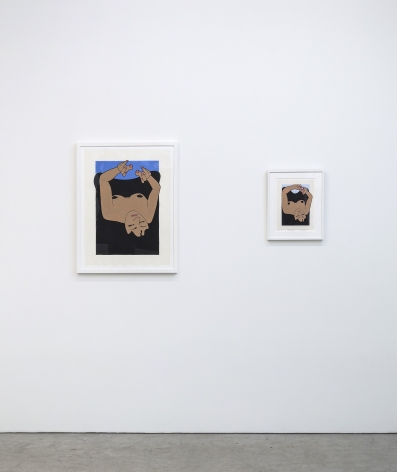 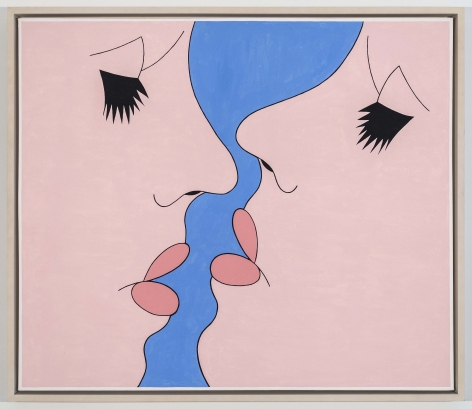 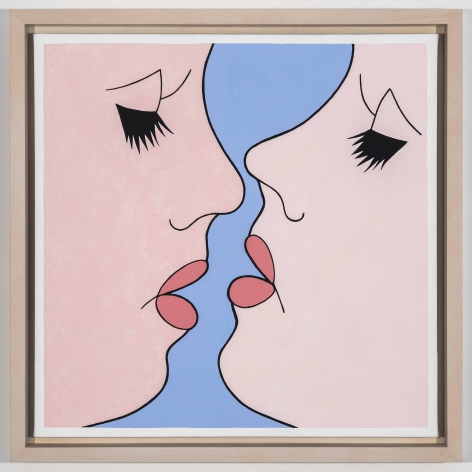 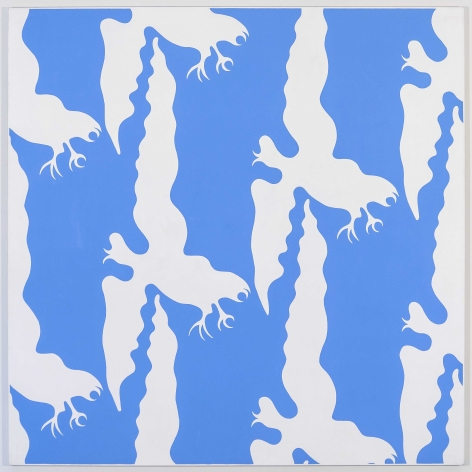 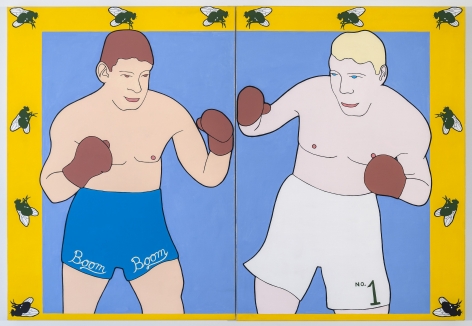 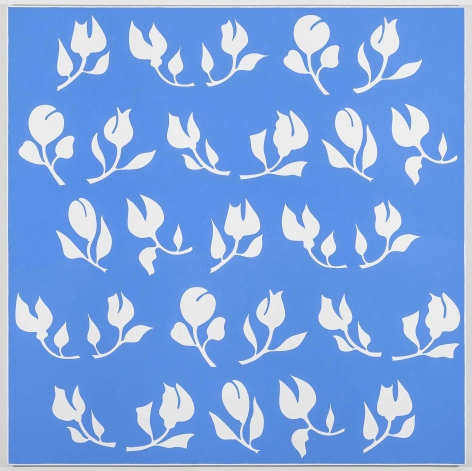 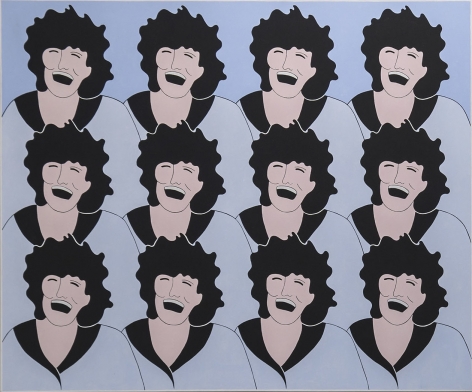 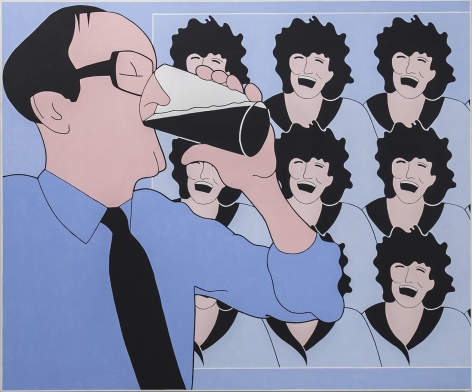 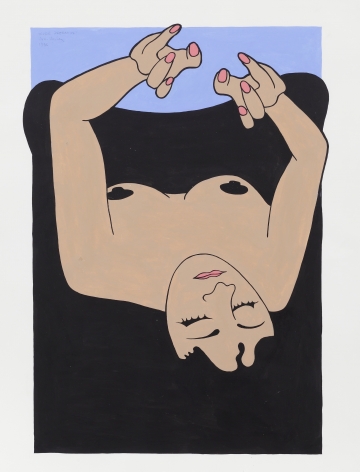 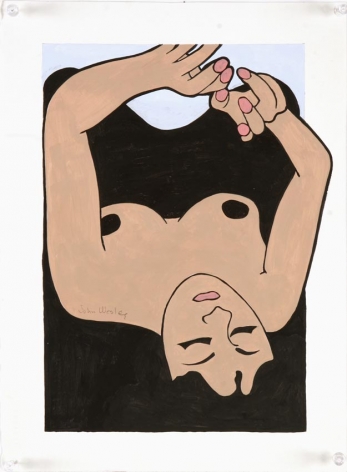 Fredericks & Freiser is proud to announce an exhibition of paintings by John Wesley.  “Doubles, Pairs, and Diptychs” highlights three modes of Wesley’s painting practice: paintings that extend beyond a single canvas; individual works that are conceived formally or conceptually as pairs; and individual works that have virtually identical compositions in which small shifts in color, scale, and line create distinct visualizations.

What becomes apparent in “Doubles, Pairs, and Diptychs,” is that Wesley often used these three methods as a means to heighten or accentuate repetition. The twelve paintings included here employ motifs such as the frieze, ornamental borders, overall patterning and the mirrored duplication of an image.

Though formally linked to minimalism due to the essentiality and compositional rigor of his production, Wesley's repetitions were celebrated by everyone from Donald Judd and Lucy Lippard to Germano Celant and Carolyn Christov-Bakargiev as an important addition to Pop Art. However, Wesley has always stood apart from his contemporaries. While others used repetition to define modern thought, standardized production, or commercial serialization, Wesley shook loose something far stranger.  Unlike Warhol, for instance, for whom repetition acted as an accelerator pushing an image almost filmically, Wesley used the multiplication of an image to slow things down, to break an image from itself and suggest a chasm of meaning, a sudden rupture in certainty.

About the ArtistJohn Wesley has been the subject of numerous museum retrospectives including the Stedelijk Museum, Amsterdam, curated by Rudi Fuchs and Kasper Koenig (travelled to Portikus); DAAD, Berlin; PS1 MoMA, Long Island City, curated by Alana Heiss; Harvard University Art Museums, Cambridge, MA, curated by Linda Norden; Museum Haus Lange, Krefeld, Germany, curated by Martin Henschel; Chinati Foundation, Marfa, TX, curated by Marianne Stockebrand; and Fondazione Prada curated by Germano Celant. He has a permanent installation of paintings in the Chinati Foundation, Marfa, TX. Wesley has been exhibited and collected by numerous museums including MoMA, New York; Whitney Museum of American Art, New York; MoCA, Los Angeles; Tate Liverpool; Museum Ludwig, Cologne; Carnegie Museum of Art, Pittsburgh; The Menil Collection, Houston, and the Hirschorn Museum and Sculpture Garden, Washington D.C.  In 2014, Wesley was commissioned by High Line Art to create a public project for the High Line. This will be his twelfth solo exhibition at Fredericks & Freiser. Fredericks & Freiser is located at 536 West 24th Street, New York, NY. We are open Tuesday - Saturday, 10am - 6pm. For more information, please contact us by phone (212) 633 6555 or email info@fredericksfreisergallery.com, and visit us online at www.fredericksfreisergallery.com, and on Instagram @fredericksandfreiser.