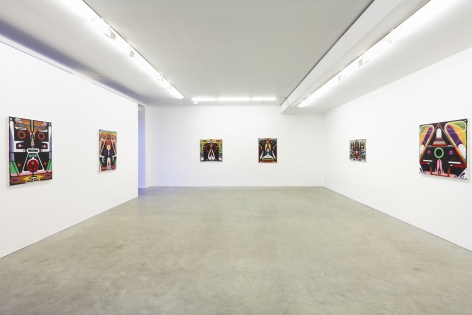 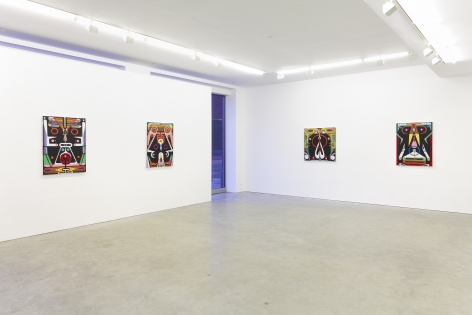 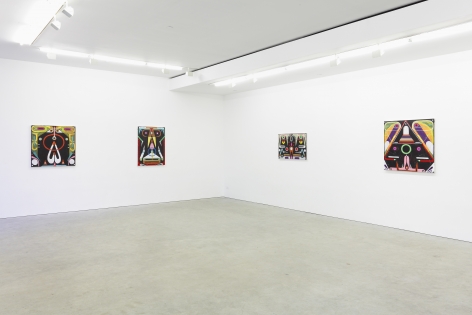 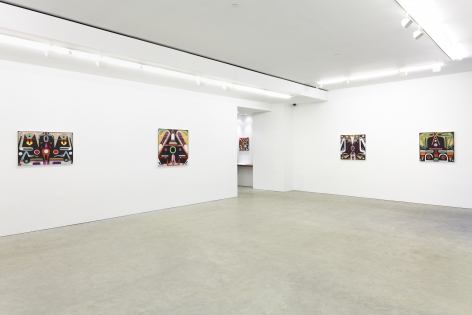 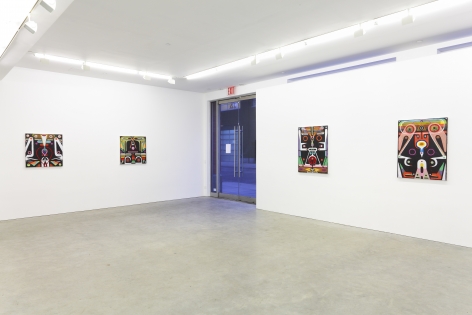 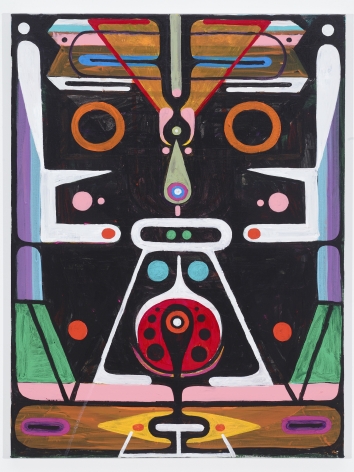 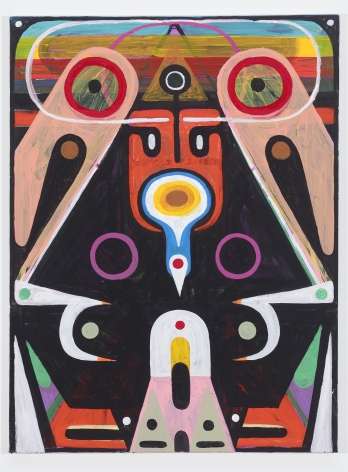 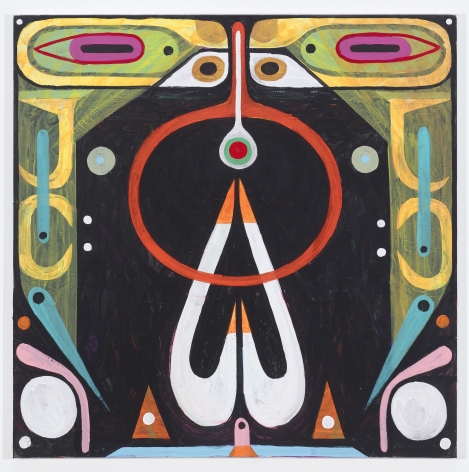 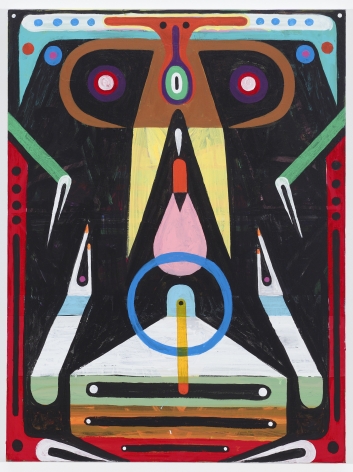 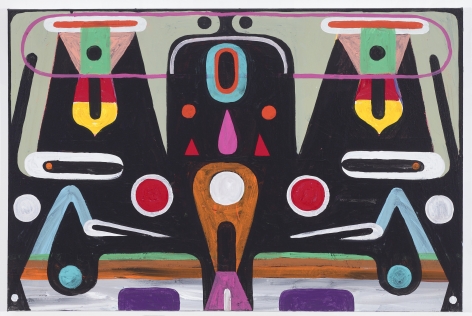 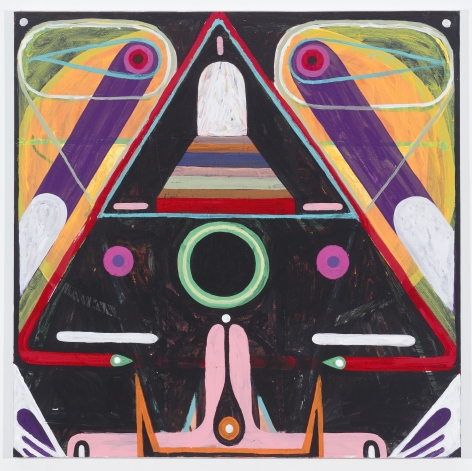 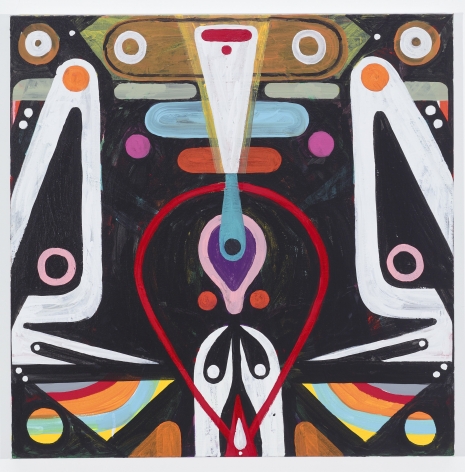 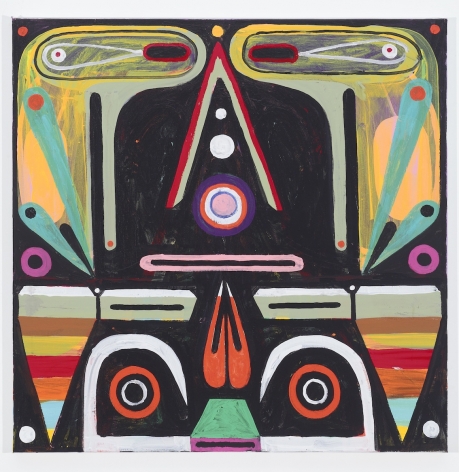 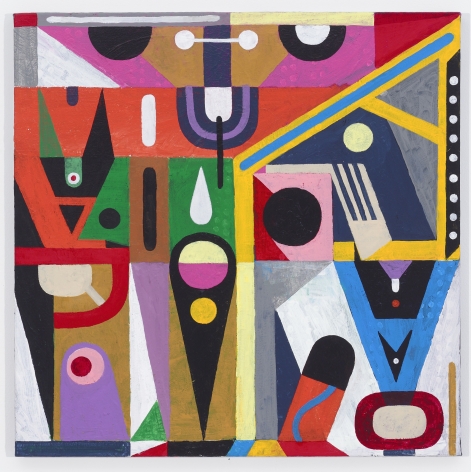 Fredericks & Freiser is pleased to present an exhibition of new paintings by Baker Overstreet.  These works mark a deviation from Overstreet’s previous bodies of work. Though still relying heavily on the drama evoked by bright colors against a black background, these paintings appear more organic, incorporating more spatial movement and general dalliances with structural inversion. Where once were stacked and totemic visual shapes, reminiscent of theater marquees composed in symmetry, a new compositional freedom has emerged. For this series, the compositions are more intensely focused on the formal aspects of painting and delight in the sheer sensuousness and immediacy of paint.

Overstreet continues to employ a reductive approach to his painting, creating a series of self-limiting parameters that allow him to concentrate on the distillation of his compositions. The intensity with which these canvases resonate is a direct result of this practice. Engaging with these works, references bounce freely from humanoid figures to magnetic fields, streams of light, between primitive linguistic markings and sophisticated circuitry. Whereas in the past, Overstreet had compressed his imagery, he now manages to allude to the compression of time by addressing both present and past, intuitive and learned, all within one canvas.

Baker Overstreet received an MFA from Yale University in 2006. He has exhibited his paintings in numerous galleries including; Paolo Curti, Milan; Pilar Corrias Gallery, London: China Art Objects, Los Angeles. He was included in Abstract America at the Saatchi Gallery, London and has recently had a solo exhibition at Kai Heinze, Berlin. This is Baker Overstreet’s fourth solo exhibition at Fredericks & Freiser.