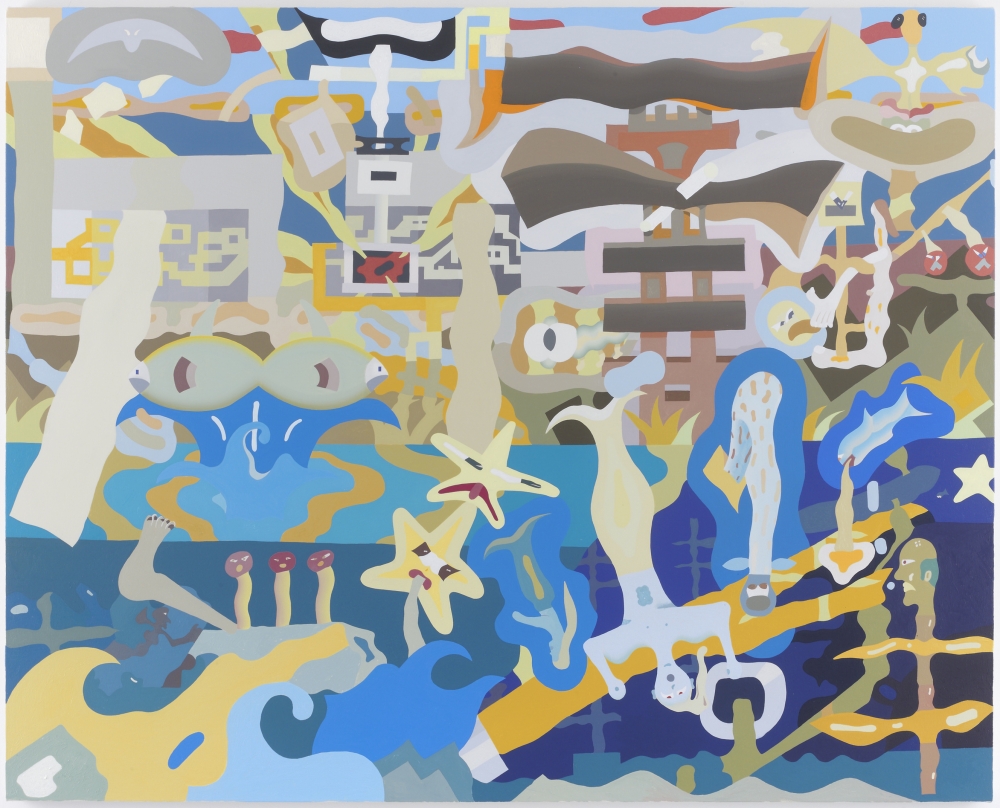 Fredericks & Freiser is pleased to announce an exhibition of new paintings by Keegan McHargue. For Prick of Conscience, McHargue has returned to painting oil on canvas, incorporating both the broad range of abstract languages of his most recent drawing exhibitions and the figurative tableaux for which he first gained attention. A catalog with an essay by Ross Simonini is being published on the occasion of this exhibition.

Keegan McHargue compresses and reduces and distills the image until it functions, like an icon, on the simplest, most unfettered visual wavelengths. He thinks about the freedom inherent in minimalism while he works. It keeps his attention focused on the singularity of the idea, so that the image's energy appears to emerge from a point somewhere deep within itself and ripple outward into a sea of visual ideas, each one nestled into its neighbor, like a liquid puzzle. The feeling of looking is not dissimilar from seeing ancient Islamic and Hindu art, where narrative and space and subject flow into a single current. The lines, too, are liquid. What at first appears to be a straight, rigid line, is revealed, the longer you look, to veer and float. The environment gently sways between the proto--‐psychedelic luminance of Charles Burchfield's watercolors and the gentle west--‐coast roll of Ken Price's landscapes. Like John Wesley, Sigmar Polke, and the Cobra school, he uses the language of storybook illustration to simultaneously stabilize his work and subvert our visual comfort zones. - Ross Simonini

Keegan McHargue (b. 1982) was born in Portland, Oregon. He has had solo shows at Rivington Arms, NY; Metro Pictures, NY; Jack Hanley Gallery, San Francisco; Galerie Emmanuel Perrotin, Paris, Anonymous Gallery, Mexico City, and many others. Additionally, he has been featured in group exhibitions at the Brooklyn Museum of Art, Deitch Projects, NY; The Hole, NY; Yvon Lambert, Paris; and the Garage Center for Contemporary Culture, Moscow. McHargue’s work is included in the collections of the Deste Foundation of Contemporary Art, Athens; San Francisco Museum of Modern Art, and The Museum of Modern Art, NY.