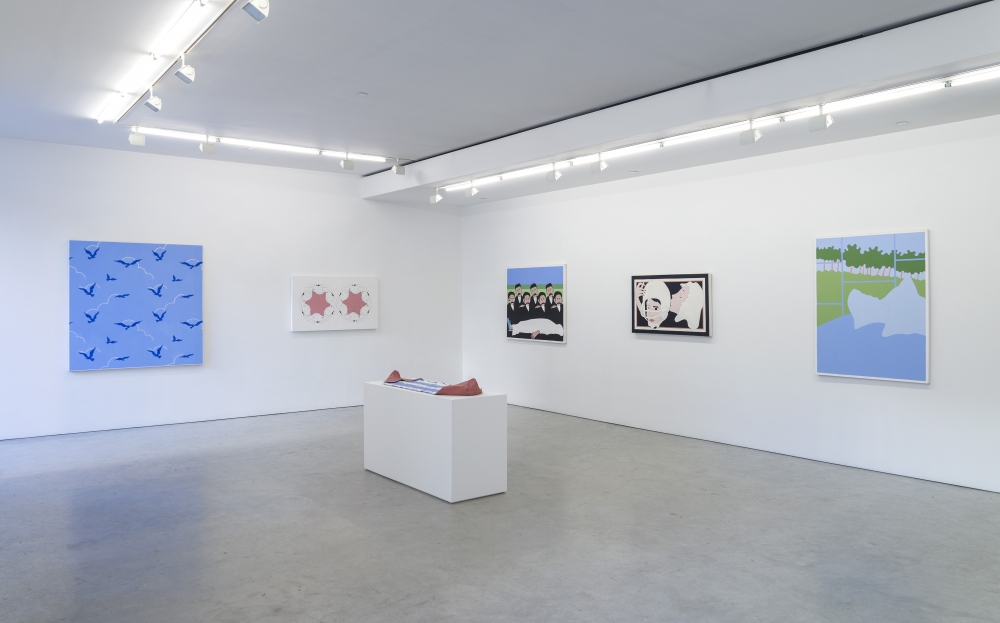 New York gallery Fredericks & Freiser recently opened An Afternoon Sail at the Edge of the World, the thirteenth solo exhibition of prolific painter John Wesley. The show examines the implication of infinite space in the work of John Wesley and presents a selection of paintings from the 1960s to the 2000s that focuses on how the artist intertwines the notion of the infinite with themes such as mortality, eroticism, human vulnerability, and serial repetition to shape a vision that is authentic and extremely introspective.

John Wesley has created an ineffable body of work whose subject is no less than the American psyche. While many artists of his generation have used the popular image to explore the cultural landscape, Wesley has employed a comic strip style and a compositional rigor to make deeply personal, often mysterious paintings that strike at the core of our most primal fears, joys, and desires.

Originally grouped with the Pop Art movement, and later on linked, due to the essentiality of his production, to Minimal Art (to such an extent that Donald Judd and Dan Flavin were counted among his greatest admirers), Wesley eludes simple classification. In fact, Wesley himself found both terms (Pop and Minimalism) to be reductive. With his meticulously expressive line, self-reflexive color palette, and photo-based meta-representations (as Judd described them), Wesley remains a unique voice in American art, whose work is best understood not as an outlier to these two canonical movements, but as a reaction. Wesley keeps a great distance from the aggressive realism of Pop and the unambiguous materiality of minimalism in favor of turning inward toward a radical intimacy.

An Afternoon Sail at the Edge of the World highlights the experimental and innovative nature in which Wesley transmutes the cool detachment of his infinite blues and endless flesh-tones, of vast space and boundless distance into the private, personal, and warm-hearted essence of human experience.

John Wesley’s An Afternoon Sail at the Edge of the World is on view at Fredericks & Freiser through April 18, 2020.

Images courtesy of the Artist and Fredericks & Freiser, NY