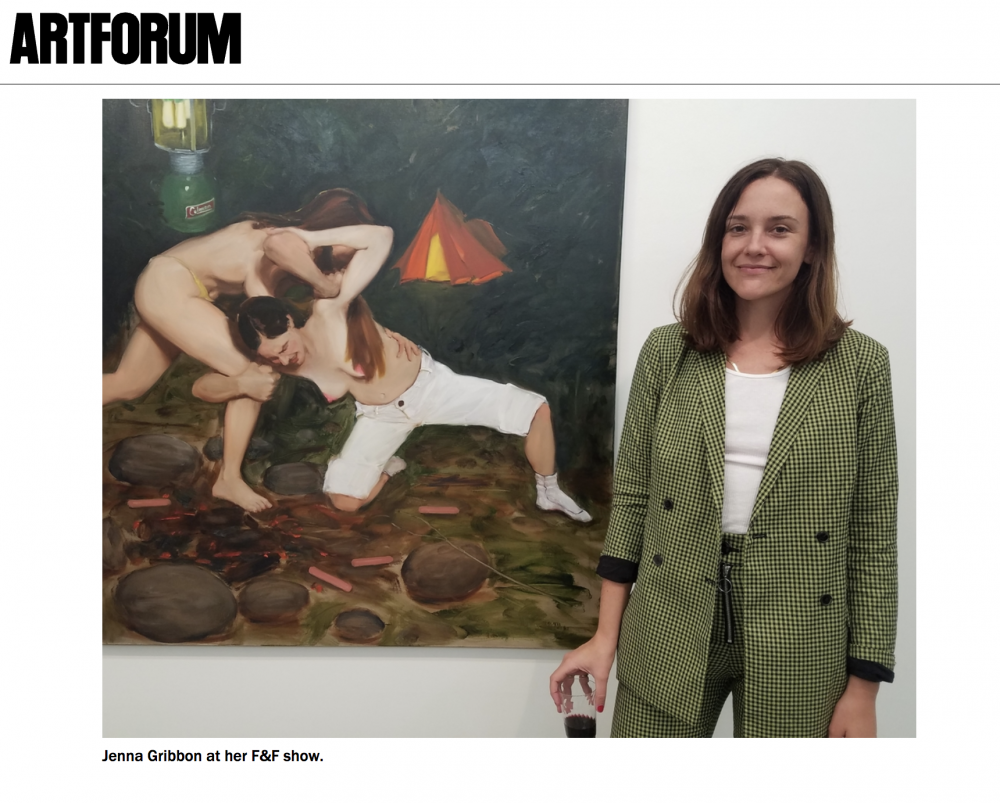 "The next day I steel myself for the true avalanche of openings: Thursday night in Chelsea, which somehow still has galleries in it, dotted around the furniture stores and luxury condos. Roy DeCarava at David Zwirner is a sedate place to start, all masterful black-and-white photos of men walking, men talking, the occasional hot jazz scene. At Fredericks & Freiser, the painter Jenna Gribbon is on a girl-wrestling kick. Most of the compositions portray her topless friends, grappling with each other in the strangest places (roadside, next to an overturned bucket of berries; or next to a campfire in the forest, which seems unnecessarily dangerous).