Fredericks & Freiser is pleased to announce Midnight in the Empire, an exhibition of new work by Zak Smith. Smith combines precise attention to detail and a razor-edged graphic intensity with an omnivorous eye that vacuums up influences as far-flung as comic-book realism, abstract expressionism, Japanese printmaking, and Persian miniature painting. With an intricate visual energy, Smith re-casts this preternaturally absorbing mixture into a seamless whole.

Midnight in the Empire features compulsively dense abstract works, a grab bag of drawings and paintings on different subjects, as well as the latest installments of "Girls In The Naked Girl Business"--Smith's ongoing series of portraits of acquaintances and friends in the sex industry. The exhibition also includes "Drawings I Did Around The 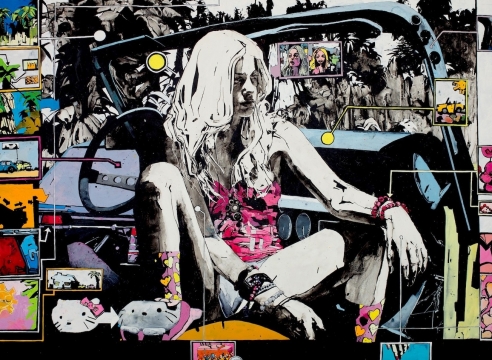