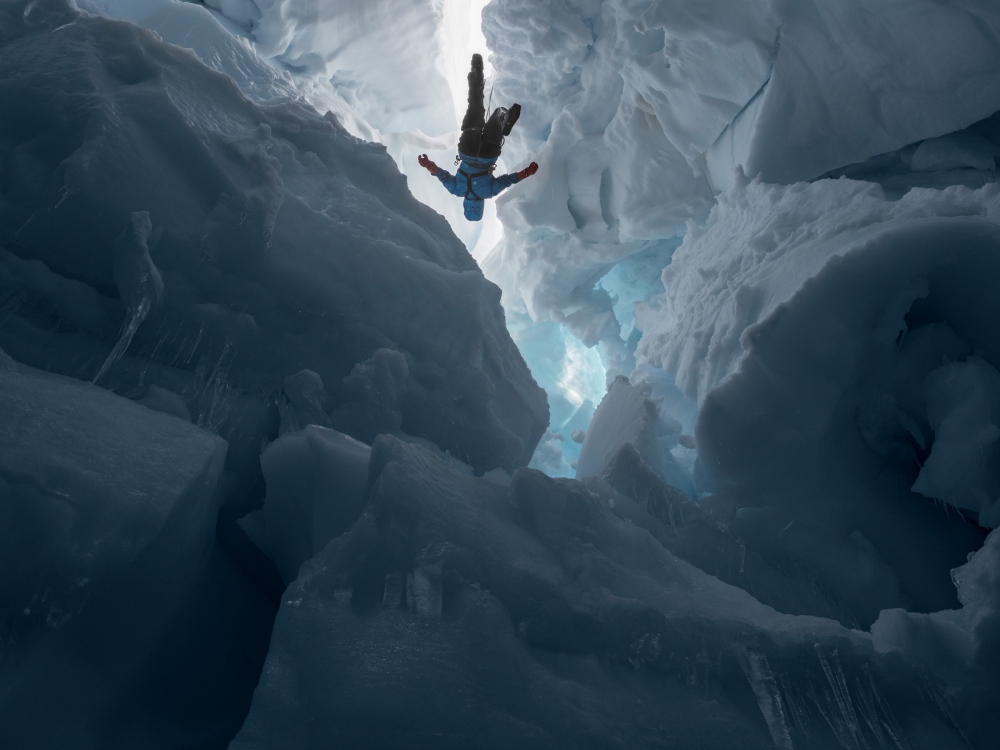 Lucas Foglia’s dedication to visualizing the interconnectedness of humans, nature, and the atmosphere around us is like any longterm relationship: it is deeply rooted in the past and has become more complex and nuanced over time. This evolution is organic, part intuition, part intent. And the strength lies in all of the pieces coming together as a cohesive, singular whole. Foglia’s new book, Human Nature, feels like that.

Foglia grew up on a small farm about 30 miles outside of Manhattan. While his neighbors were busy commuting to the city, he and his family lived off the land. A forest bordering their farm shielded the strip malls and housing developments from view, creating an environment that Foglia remembers as their own private wilderness.

Exploring the places where humans and nature meet emerged as a central theme in his photography, and he began weaving together a narrative of farmland, deserts, and green cities. When Superstorm Sandy hit his family’s farm in 2012, the physical impact of downed trees and flooded fields was immediate. The larger discussions linking this extreme weather to climate change were harder to visualize but just as important to explore.

Foglia began looking into scientific programs related to the climate science in order to flesh out this new angle to the story. One of the places on his list was the Mauna Loa Observatory on the Big Island of Hawaii. Far from major pollution sources, the air 11 thousand feet up the side of the Mauna Loa volcano is about as clean as it gets. Scientists have been taking atmospheric samples here since the 1950s, helping create a baseline for atmospheric change that can be used to measure carbon dioxide levels caused by human activity.

“By photographing scientists studying how we are changing the air I see the most macro effect we have on the environment. From a change in the air comes a change in weather. If humans are changing the weather, then there is no place on Earth unaltered by people,” he says.

His photographs got him noticed by photo editors at National Geographic, who assigned him to a story looking at the other side of the equation: how spending time in nature impacts our own internal environment of brain waves. The larger tale of humans, nature, and the science that acts an interpreter came full circle, and the idea to put all of this together as a book began to make sense. “The glacial nature of climate change means that it easily skirts the news cycle. People experience climate change every day, but it takes a significant event for a story about nature to make headlines. Those headlines usually focus on a 'pristine' wilderness or a catastrophe.Human Nature focuses on the area in between those extremes, on how we live with nature in a time when strange weather is becoming normal. Each photograph in my book is the tip of an iceberg of a larger story that a reader can learn about if they choose to,” Foglia says.

Telling this tale over the past decade brought him a range of experiences wider than he had ever before had. “In one year I climbed 100 feet inside a melting glacier in Alaska, and also watched lava flowing into the ocean in Hawaii, exploding, and sending flaming rocks towards me. One of the most meaningful experiences was following the scientists from Juneau Icefield Research Program, who bring students across the ice field every summer, creating the longest record of a glacier in the hemisphere. Everywhere I traveled, people experience nature in very different ways but with a common benefit.”

In a time when humans spend less and less time outdoors, the weather becomes increasingly unpredictable, and the work of climate scientists is facing challenges from the current administration, the goal behind Foglia’s work is clear: "My goal is to tell a complex story and I hope my photographs can compel people to pay attention.”

Human Nature, published by Nazraeli Press, is available for purchase here. An exhibit of photographs from the book will be on display at theFredericks & Freiser Gallery in New York from November 30 to January 13.