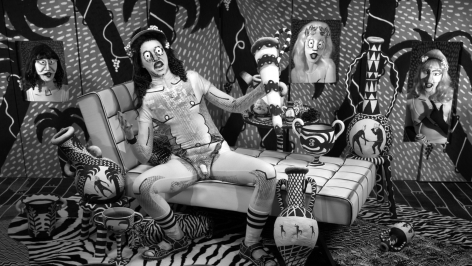 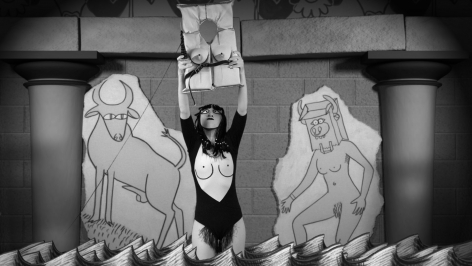 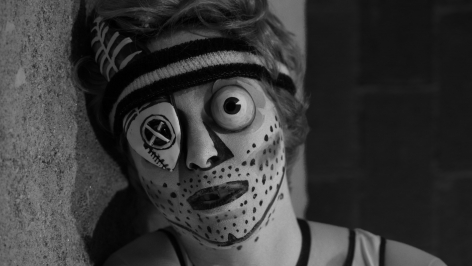 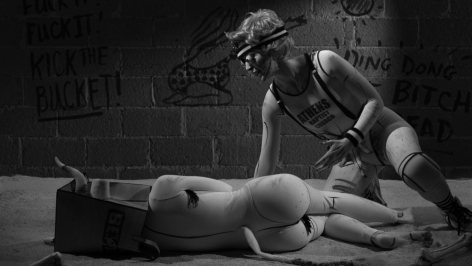 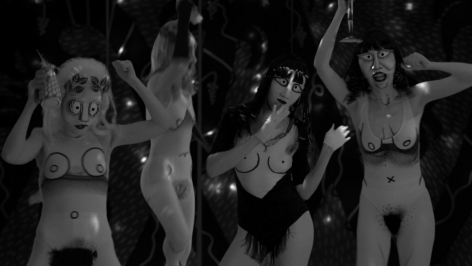 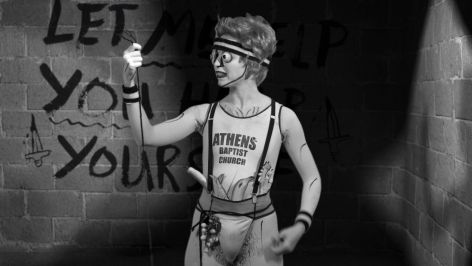 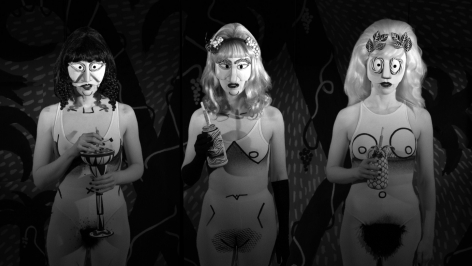 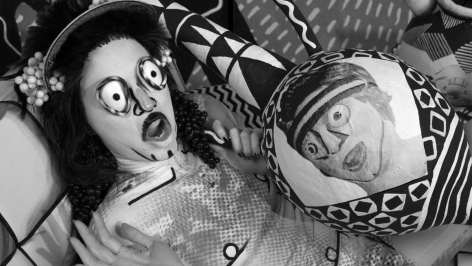 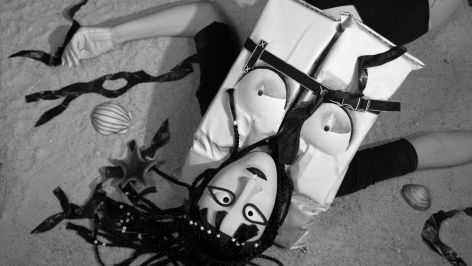 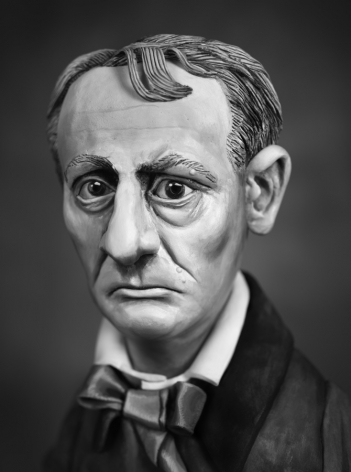 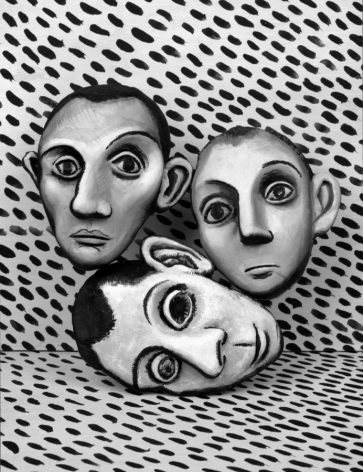 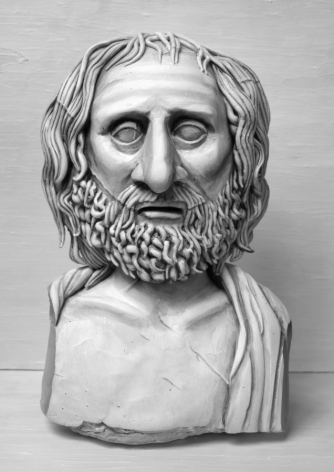 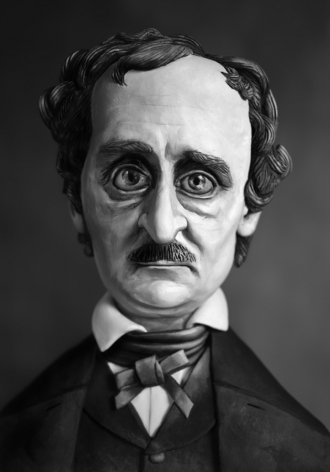 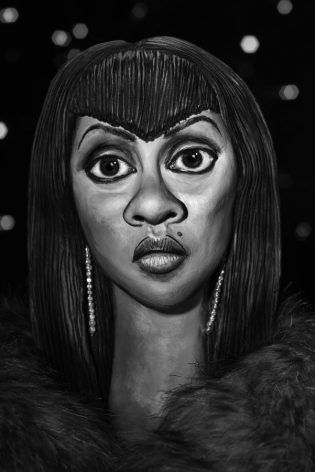 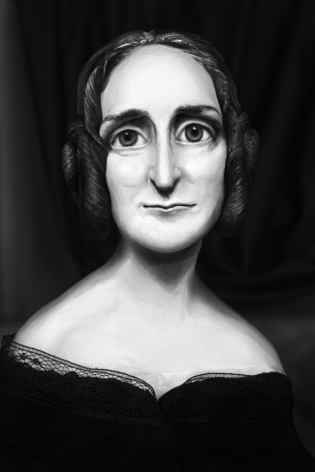 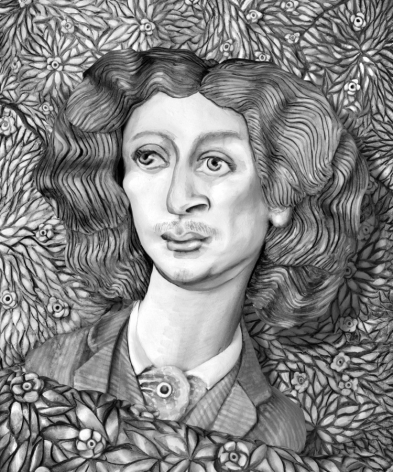 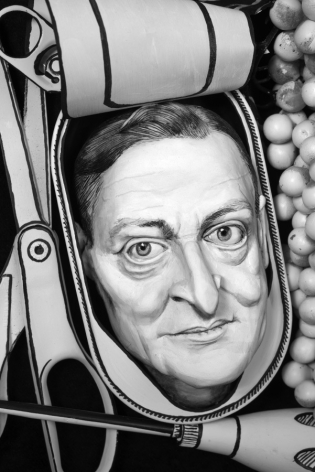 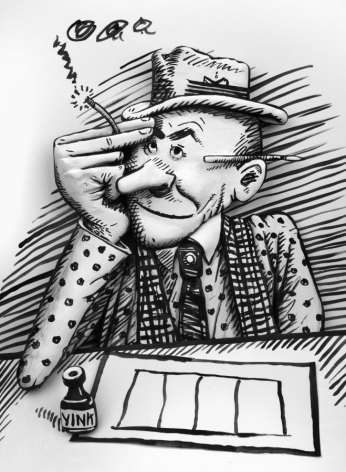 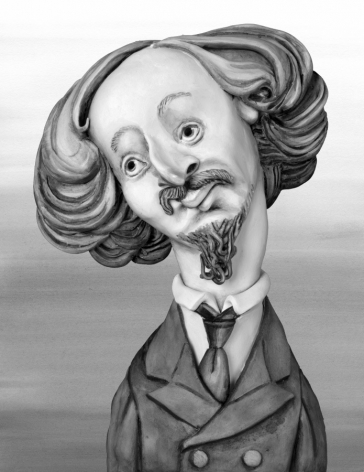 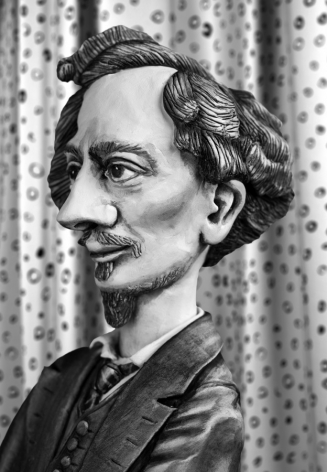 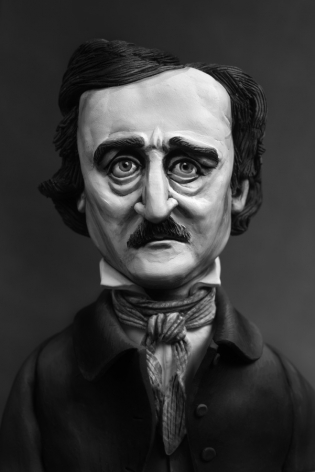 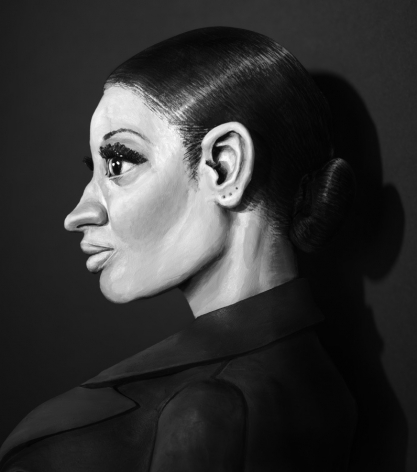 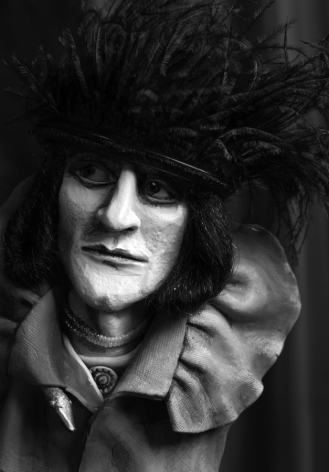 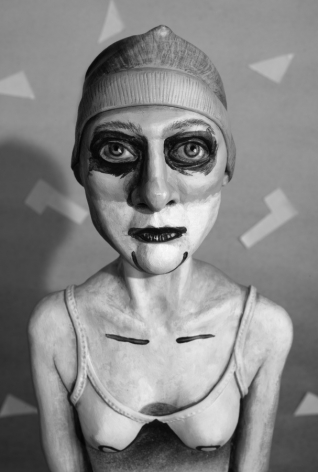 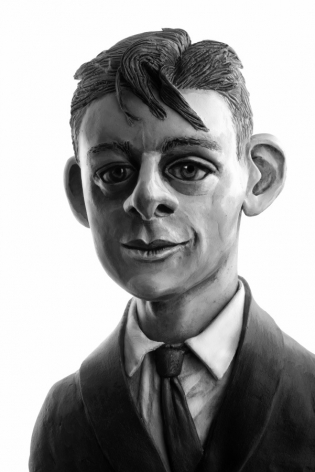 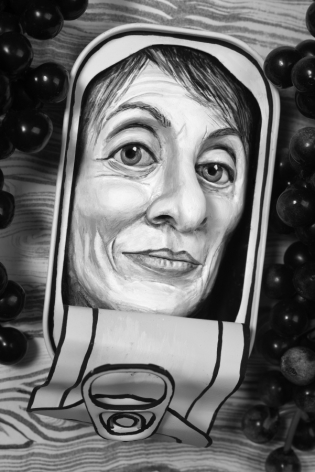 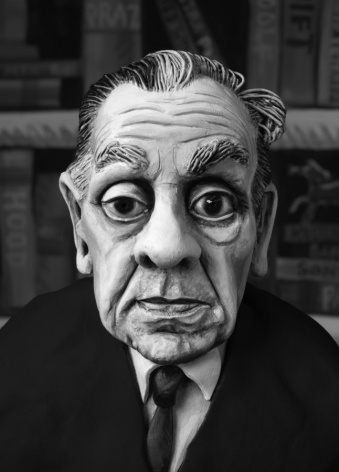 The Thong of Dionysus

Fredericks & Freiser is pleased to present “The Thong of Dionysus”, a new short film by Mary Reid Kelley with Patrick Kelley, along with a series of photographic portraits of writers and artists, a “Dionysian chorus”, who influenced her original script for the film.

In this final installment of her Minotaur trilogy, Mary Reid Kelley revives and revises ancient characters such as the Minotaur, Dionysus, and Ariadne. By participating in this cyclical refreshment of myth, Reid Kelley performs a ritual repetition echoed in the multiple meanings of her distinctive pun-filled narratives.

The Thong of Dionysus finds the god of wine and three Maenads polemicizing on the advantages and nature of drunkenness, while propositioning Ariadne to join them on the island of Naxos. In the Labyrinth, the hero Priapus hunts the Minotaur, mistakenly falling in love with the monster’s corpse: “I like a sense of humor in my honey / I love a joke, and you smell funny.” His declaration of devotion in the Labyrinth, and Ariadne’s attempt to find, in the Maenads’ phrase, “a raisin to live”, unfold a linguistically seasick tragicomedy of love, abandonment, and death.

The film is accompanied by 18 photographic portraits of poets, rappers, thinkers, and artists whose work contributed materially to the artist’s concept of a “Dionysian” writing, manifesting in the film as a dark, shape-shifting wordplay that collages the tragic and ludic. These portraits, part homage and part caricature, range in time and subject from Euripides to Lil’ Kim. While they share an emphasis on parody, masking, and costume with The Thong of Dionysus, the portraits, photographs of meticulously modeled and painted heads, reveal a cast of specific personalities that contrast with the film’s symbolic, mythological personae.

Mary Reid Kelley (b. 1979) has been the subject of numerous solo exhibitions including the Hammer Museum, Los Angeles, The Samuel Dorsky Museum at SUNY New Paltz (AICA Award nominated), and the ICA Boston. Her group exhibitions include Museu d’Art Contemporani de Barcelona, ZKM Karlsruhe, MAMM Moscow, ICA Philadelphia, and The Eighth International Site Santa Fe Biennial. In November, she will be the inaugural performer of the 2015 Performance Room season at Tate Modern, London.  Her awards include the Rome Prize (2011), Louis Comfort Tiffany Foundation Award (2013) and a Guggenheim Award (2014). She was featured on the PBS documentary series Art21. This is her third solo exhibition at Fredericks & Freiser. 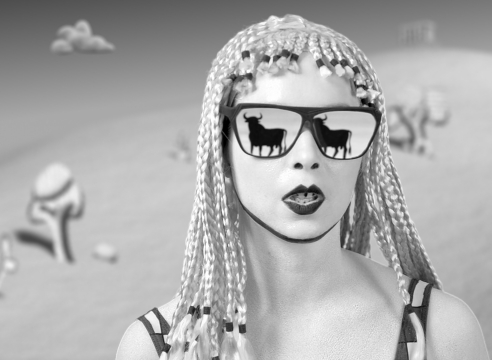 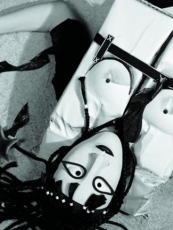 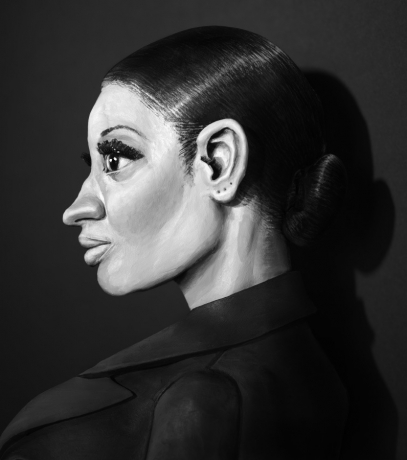